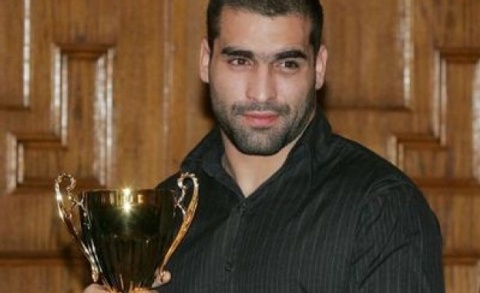 Bulgarian MMA fighter, Blagoi Ivanov AKA Bagata has been placed on hemodialysis to help his kidneys recover.

The 25-year-old patient has been at the Sofia emergency Pirogov hospital for over a month now. His condition remains serious.

Bagata is on life support and on a respirator and for this purpose his mind is being "medically modulated," reported the press service of the hospital. The infection is controlled by applying antibiotics according to microbiological tests, doctors are quoted saying.

On Sunday, February 7, Ivanov and two of his friends had just occupied their places in a bar on Graf Ignatiev Str., in downtown Sofia, when a group of 8 persons armed with bats and knives allegedly came in and attacked them.

The main suspect in the stabbing - 23-year-old D.S. known as Dampela, is kept under permanent detention.

Dampela is charged with attempted murder. He has a criminal record for extortion, drug possession and distribution, and fake car registration documents.

Dampela's defense lawyer Radost Karaivanova claims the investigation is collecting evidence only in support of the prosecution's case and skips questioning certain witnesses on purpose.

According to Karaivanova, this has been a drunken fight initiated by Bagata, who had been pestering her client and slapped him on the face in the presence of a number of people.

Friends and relatives of the champion, however, insist he had been injured while attempting to break a fight.