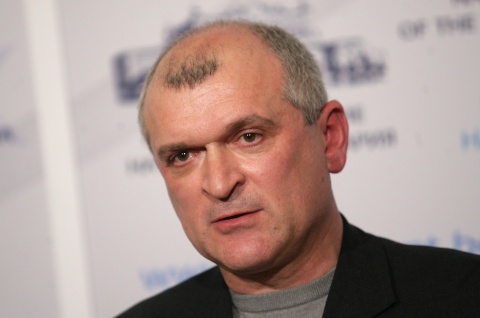 Bulgaria's Parliament set up Thursday and ad-hoc inquiry committee to shed light on the lobbyist scandal involving the three-way coalition government and a payment of EUR 1.5 M to Austrian lobbyist Peter Hochegger for polishing Bulgaria's image in the EU.

The ad-hoc committee was set up with 126 votes in favor, 92 votes against and one abstainee.

The committee will consist of 13 MPs, six from center-right ruling party GERB, two from left-wing Coalition for Bulgaria, two from the ethnic Turkish Movement for Rights and Freedoms (DPS) party, one from the right-wing Blue Coalition, one from nationalist party Ataka and one independent MP, the Bulgarian Telegraph Agency (BTA) reported.

The committee will be chaired by Dimitar Glavchev from GERB.

The 13-member panel is to determine the effectiveness of the money spent on the promotional campaign conducted by the Austrian PR consultant.

Last week on Monday, Interior Minister Tsvetan Tsvetanov drew attention to a report of a commission at the Austrian Parliament stating that the previous three-way coalition government headed by Prime Minister Stanishev had paid EUR 1.5 M to a company of Hochegger, with part of the sum returning to the PR agency owned by Monika Yanova, Stanishev's live-in girlfriend.

According to previous reports on the matter, Hochegger's PR agency had been hired by the Stanishev Cabinet in 2008 to hold a one-year promotional campaign to boost Bulgaria's image in the EU.

Ernst Strasser, former Interior Minister of Austria, was said to have been transferred EUR 100 000 of the total sum without any documents indicating his contribution for the fee.

Tsvetanov demanded a probe into the matter by an ad-hoc inquiry committee.

Stanishev, on the other hand, defended himself by saying that GERB had conjured up a Bulgarian link in the corruption scandal in Austria.

Meanwhile, on Wednesday Hochegger admitted that Yanova's PR agency had received EUR 270 000 from his company.

The notorious Austrian consultant refuted allegations that Stanishev had received any money on the projects.

Bulgaria's ruling party was also implicated in the 'Hochegger affair'.

Rositza Velkova, head of the Bulgarian office of the company of the Austrian lobbyist, was revealed to be a close friend of Interior Minister Tsvetan Tsvetanov.

Other names close to the ruling party were also found to be connected to the PR business of Hochegger, including Juliana Nikolova, adviser to Prime Minister Borisov on EU funds management and Ivaylo Georgiev, former director of the Arena Armeets sports facility, who is currently in charge of the National Palace of Culture (NDK).

Prime Minister Boyko Borisov was adamant that GERB was not involved in the Hochegger affair, adding that the people in question had been technical staff and had only been following orders.