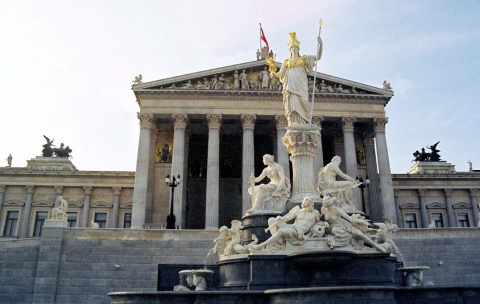 Well-off Bulgarians are already rushing to swap post-Communist Sofia for the baroque splendor of Vienna. But they seldom take their business with them.

Ask any Bulgarian student, who has spent years of expensive education in Vienna, and he will be quick to tell you he has taken at least once his (foreign) girlfriend to a Bulgaria restaurant or a disco club.

These are the typical incarnations of Bulgaria's business in the city of waltz. Unfortunately Bulgarian businessmen in Austria are scarce – and not just because they tend to put low costs and cheap labor ahead of grand opera and Sachertorte.

Bulgarian companies often find it difficult to set foot in Austria due to the strong presence of clusters, high taxes, limited access to crediting and labor market restrictions. Often they prefer to deal with direct exports to Austria or seek business partners for joint activities, rather than register a company on the territory of the country.

But when they manage to do so, it is really worth it. Even more so if they venture out of the traditional sector of services so dear to the hearts of Bulgarians. Ober?sterreichische Biodiesel GmbH, a biodiesel factory located in the Port of Enns (Austria), which has been operating for a year already under Bulgarian management, proves that.

In July 2010 the plant was purchased by the Bulgarian company Bulmarket DM, which owns and operates another biodiesel plant located in Bulgaria, near the town of Ruse, on the Danube.

"There are a number of advantages for a Bulgarian company to do business in Austria – very well organized, competent and cooperative administration, great location for expansion and liberal legislation, to name a few," Hristo Tonchev, Ober?sterreichische Biodiesel General Manager, shared at a Sofia forum for doing business in Austria in early March.

The event brought together business representatives from Austria and Bulgaria and was organized jointly by the Bulgarian Industrial Association (BIA), the Austrian Business Agency (ABA) and Austria's Embassy in Sofia.

"What struck me is that the Austrian state does not seek to impose fines for deliberate or inadvertent mistakes. Their first thought is rather how to assist you, which is quite a different in comparison with the Bulgarian state," Hristo Tonchev said.

Sometimes spoiled foreigners complain about Austria's infrastructure, but you would never hear a Bulgarian say that.

"The infrastructure is perfect! The roads are very well planned, built and maintained. We can use very well organized railway connections to Hamburg and Rotterdam, which is very important for our company," added the young manager.

Austria has many other important things to boast with. Clear rules that everyone abides by make Austria an appealing location for Bulgarian companies, often sick and tired of the shortage of fair play in their home country.

Besides, following the EU accession of many of Austria's eastern and southern neighbors, the country lies literally at the center of the continent, just as its anthem says.

"From a Bulgarian company point of view, Austria's advantage is the location in the "heart" of Europe, the quality of living (Nr.1 in Europe), the access to 100 Mio. potential German speaking customers and the compatibility of the banking system," Peter Loschl, consultant CEE at ABA, said.

If a Bulgarian company wants to start business in Austria, the Austrian Business Agency can give it support in setting up a company, obtaining work permits and business licenses, consulting on incentives and site identification. And they will do so at no cost.

Companies operating in Austria are only subject to a unified corporate tax of 25% and nothing else. Taxes commonly levied in other countries, such as the trade tax or wealth tax, do not exist in Austria.

"I am aware it is difficult to impress Bulgarians, whose flat rate stands at 10%. Yet you should know Austria's taxation offers more possibilities for tax reductions," Haneder told the forum participants.

He stressed that companies in Austria can take advantage of the 10% "research premium" for R&D expenditures as well as contract research. The tax credit is given even in years of losses.

"Group taxation is another major advantage of Austria's taxation system, since taxable profits or losses of the group members are added to those of the parent company," the Austrian expert pointed out.

Vienna Stock Exchange also took the event as a chance to present its service to Bulgarian companies. "Representatives of the companies were very interested in the Austrian financial market. We received good feedback not at least due to our ability to provide more visibility and an international investor base for companies," Beatrix Schlaffer from the Vienna Stock Exchange said after presenting the potential for success of listed companies.

According to her now is the right time to launch an IPO.

"The beginning of 2012 saw the first signs of improvement in market sentiment, but this must consolidate during the year. On this assumption careful optimism is justified," she added.

Schlaffer, key account manager IPO, stressed that the Vienna Stock Exchange is not too large and this contributes to the companies' success.

"Even medium-sized companies receive attention – from the media and analysts."

Is Austria an "island of the blessed" as goes a popular catchphrase? For the high-heeled Bulgarian tourists who can afford everything that is good about the country, definitely.

As for the Bulgarian businessmen getting ready to step on Austria's market – they had better first listen to the words of caution by Hristo Tonchev, Ober?sterreichische Biodiesel General Manager.

"Be prepared for high labor costs, uncompromising clients and expensive consultancy fees. You will find these a far cry from what you have become used to here, in Bulgaria."

Here are some peculiarities of Austria's taxation system, which all companies, considering expanding there should take into account:

- Taxes commonly levied in other countries, such as the trade tax or wealth tax, do not exist in Austria

- Companies in Austria can take advantage of the 10% "research premium" for R&D expenditures as well as contract research. The tax credit is given even in years of losses.

- Group taxation is another major advantage of Austria's taxation system, since taxable profits or losses of the group members are added to those of the parent company,"