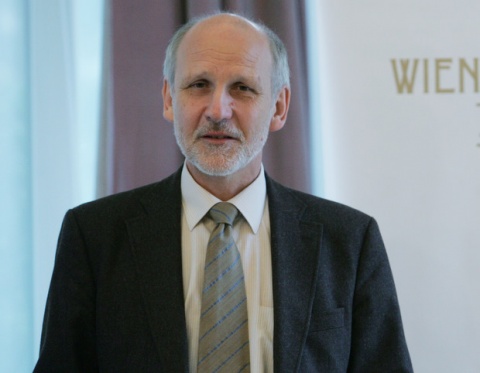 An interview with H.E. Gerhard Reiweger, Ambassador of the Republic of Austria to Bulgaria, for "International Survey: Bulgaria-Austria" of Novinite.com (Sofia News Agency) & Novinite.bg.

The ties between Bulgaria and Austria go back to the Middle Ages and the early Modern Age. What do you think is the most tangible Austrian influence on Bulgaria in the past five centuries? Has Bulgaria influenced Austria in any tangible way in this period?

This is a very broad question, but a most interesting one – and incidentally one that we have made the subject of a history project, in which we are trying to involve historians from both Bulgaria and Austria.

In the centuries before 1878 the relations between Bulgaria and Austria were embedded in the larger context of the long conflict between the Habsburg Monarchy and the Ottoman Empire. This conflict, however, did not preclude commercial relations and cultural influences.

These influences became particularly strong after the liberation of Bulgaria, and can be felt even today. Many Bulgarians love Austrian classical music, and some of the most important buildings in Bulgarian cities like Sofia or Ruse have been built by Viennese architects.

Cultural influences are never a one-way street, yet it is true that for various reasons nowadays Bulgarians on average seem to know more about Austria than Austrians know about Bulgaria. As partners in the EU, we are working together in order to increase mutual understanding and achieve the widest possible recognition of our common cultural heritage.

How does today's Bulgaria seem from Vienna in terms of politics, economics, society?

Bulgaria today is a democracy and a market economy. And as a member of the European Union it is much closer to Austria than ever before. It is true, however, that some of the institutional reforms that Bulgaria has committed to undertake when joining the EU have not yet been completed, and this reflects on Bulgaria's image in Austria.

Austria has been the second largest foreign investor in Bulgaria in the past 20 years (even though the Austrian figures include foreign companies registered in Austria). How do you evaluate the impact of Austrian business and investments on Bulgaria?

Austria was even investor No. 1 until 2009, and in 2011 Austrian companies again invested more than half of the total FDI in Bulgaria for that year.

As to the impact of investment from Austria, a recent World Bank study has shown that during the past decade foreign direct investment has had a most beneficial effect on the Bulgarian economy as it encreased productivity and boosted economic growth. Being such a large investor, Austrian business had a large share in this positive development.

What are the trends that you can outline in the interest of Austrian investors towards Bulgaria? What does Bulgaria need in order to attract more Austrian FDI?

Over the past three years we have not seen many new Austrian investors in Bulgaria, just as in the whole region of South-East Europe. On the other hand, Austrian companies that are already active in Bulgaria continue to strengthen their positions, they invest in modernization, put a lot of efforts in improving efficiency and expand through acquisition of further companies.

Bulgaria recently has begun to implement important measures which will help to attract more companies to invest in production facilities in Bulgaria: Setting up industrial zones and improving traffic infrastructure will make it easier for Bulgaria to compete with other EU member states in terms of attracting investment. The availability of a qualified labor force is also very important in this respect. All available funds should be used to improve the education of young people and support lifelong learning.

What do you think are the major problems that Austrian investors find challenging in Bulgaria? Do you have any recommendations in that respect?

A common complaint of Austrian companies in Bulgaria is that regulations change too often and in some cases on short notice, which makes medium and long term planning very difficult. Many companies also complain about unfair competition and a lack of legal recourse.

Austrian companies are used to paying taxes and social insurance fees regularly and would expect that the relevant regulations are kept by all players in the market. Rule of law and a level playing field in terms of a strict application of tax regulations and competition rules for everybody would alleviate the major problems Austrian investors are still facing in this country. This would also improve the reputation of Bulgaria as an investment destination.

Austria, like most EU member states, has supported the originally Franco-German initiative for a new EU fiscal union. Would you elaborate on Austria's position – will such a pact prove a proper remedy for the European debt crisis (crises)?

In February of this year eurozone Member States concluded a treaty that provides for more fiscal discipline and closer cooperation in the field of economic governance.

All other member states of the EU have been invited to accede to this treaty, which is intended to put the eurozone on firm ground and help restore the confidence of financial markets. We think that this "Fiscal Pact" was the right signal at the right moment, as the crisis is not over yet.

Would you advise Bulgaria to join the EU fiscal union eagerly regardless of its reservations with respect to common European taxation policies – as Bulgaria currently has the lowest taxes in the EU?

Bulgaria is among the countries that signed the Fiscal Pact on March 2, 2012, and has declared that it will apply the provisions concerning the coordination of economic policies only after its future accession to the eurozone.

This decision is understandable with a view to the fact the Bulgaria would like to maintain the competitive advantage that its tax system provides.

How do you view the potential of the EU Danube Region Strategy to bring about an economic liftoff of Central and Eastern Europe? Why is that – in spite of its natural prerequisites for that (the most obvious being the Danube River, the EU) – the countries in Central and Eastern Europe still remain too far from being closely economically integrated?

For Bulgaria the Danube strategy is an incentive to make better use of the EU cohesion funds and thus enhances the opportunity for faster economic development. Through its focus on infrastructure development, tourism and investment in sustainable growth, the Danube Strategy definitely has the potential of contributing to an economic upswing in the region.

Austria was weary of Bulgaria and Romania's accession to the Schengen Area. How do you view Bulgaria's application now? Do you see any potential security risks?

One of the goals of the Schengen cooperation is to cope with security risks in the form of illegal migration and transnational crime. This requires common efforts to secure the external border of the Schengen area, and if we join our forces in the proper way we should be able to achieve even a higher level of security than before.

Because of its geographic proximity and historical experience, Austria could be viewed as the Western European state (i.e. original EU 15 member) with the greatest awareness of Eastern Europe. Does Austria have a recipe for democracy in Eastern Europe – with all the difficulties in countries such as Bulgaria, Hungary, the former Yugoslavia, and the post-Soviet space?

I certainly do not have a recipe, yet if I was to point to one ingredient that seems important to me with a view to what is happening in some of the countries you mentioned, it is that living in a democracy implies that you treat your political opponent as a co-competitor rather than as an enemy. By definition, we can only have democracy if we have an opposition.

As Austria's Ambassador to Bulgaria, what do you think of the famous quote that the Balkans start at Vienna's Ringstrasse? If that is indeed the case, is it a good or bad thing?

The quote is known to originate with Prince Metternich, who reportedly said that the Balkans begin at the Rennweg – a main road towards the South-East, which indeed starts at the Ringstrasse.

I am not sure that that was meant as a compliment, but today our closeness to East and South-East Europe –geographically, historically and culturally - definitely is an advantage for Austria. For proof – among many other things - we only need to look at our export statistics.