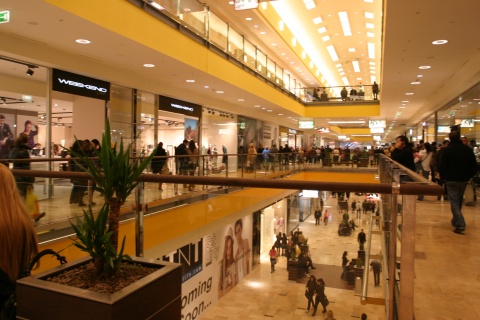 The Mall, Serdika Center and Mall of Sofia enjoyed stability with a vacancy level in the range of 2-3%, according to a market overview by Colliers International. Photo by Sofia Photo Agency

A few major retail openings and flexibility in formats have signaled the first signs of recovery on Bulgaria's retail market, according to a survey by Colliers International.

The opening of furniture giant IKEA, which took place in September 2011, has stimulated the competition in this segment, being a major determining factor for the price and product policy of many operators on the market, the report says.

New supply is dominated by three schemes under construction - Sofia Ring Mall, Paradise Center and Bulgaria Mall. Cumulatively, those three projects will deliver to the market in Sofia in 2012/2013 approximately 180,000 sq. m.

Colliers experts comment that each of the new projects is trying to add new features and points of attraction that will add "flavor" to the traditional retail functions of a shopping mall, such as variety of leisure amenities, amusement parks, synergies with retail giants (e.g. Sofia Ring Mall and IKEA store).

There is a considerable demand for retail space in central and residential areas on streets with high pedestrian and/or vehicle traffic. This demand comes mostly from the food retailers, which continue their expansion mainly through convenience formats.

The fashion segment was stirred by the expected opening of H&M, stores in Bulgaria in the first half of 2012.

"The entry of one of the long-awaited brands in Bulgaria is a proof, that the international fashion brands see a good prospect for development on the market," Colliers report comments.

The retailer has already secured locations in prime shopping malls in Sofia, Varna and Burgas and is expected to grow the number of stores in some of the main cities.

During 2011 several international retailers entered the market – the British brand Peacocks, Patrizia Pepe, Pimkie, Calvin Klein, Quiz – all of them through local or regional franchisees.

Regarding the High Street Rents, the most considerable decrease is in Sofia, with approximately 27%. The downward trend has been partially a result of the retail concentration within malls, which have taken the role of new urban shopping, and leisure centers over the last couple of years.

Additionally, the rental levels were directly affected by the ongoing construction works of the metro line under Vitosha boulevard and even more so - the lack of clear strategic vision of its renovation, effective planning and successful scheduling.