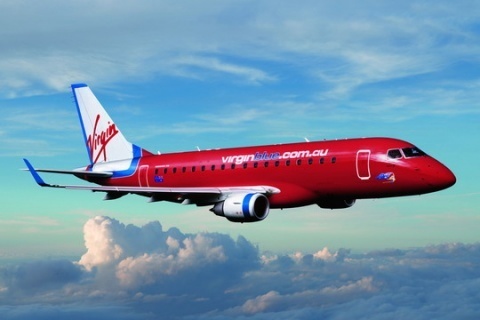 Bulgaria's Bulgaria Air airline has received the first of nine state-of-the-art Brazilian Embraer jets, which are scheduled to arrive here by the end of 2014.

The first E-190 aircraft with registration LZ-SOF is parked on one of the central berths at Sofia Airport Terminal 1, awaiting to start serving flights of Bulgaria Air regular lines.

Three more such planes will arrive in Bulgaria by the end of May this year.

The new planes will allow Bulgaria Air to increase its weakly frequency of flights to some European destinations and re-launch its flights to Prague, the company's CEO Yanko Georgiev has said.

The planes are for 108 passengers, including 8 seats in business class and will fly to most of the airline's travel destinations.

Currently, the airliner operates 22 aircrafts to a total of 28 travel destinations.

The Embraer E-Jets are a series of narrow-body, twin-engine, medium-range, jet airliners produced by Embraer, the Brazilian aerospace conglomerate that produces commercial, military, and corporate aircraft.