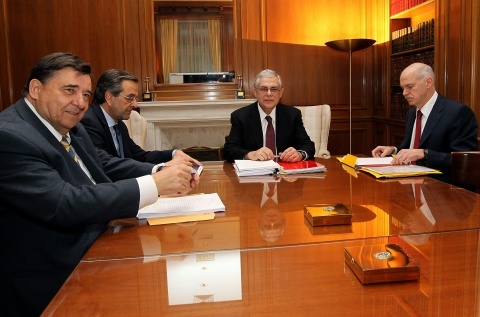 "Elections will be held right after Easter," said Samaras during a party meeting. The Christian Orthodox Easter in 2012 is on April 15.

Currently, Greece is being governed by an interim coaliation cabinet headed by PM Lucas Papademos, after the resignation of leftist PASOK PM George Papandreou.

The Papademos cabinet was the one to negotiate the second, EUR 130 B rescue plan to save the Greek economy, which has been hit by a massive debt crisis.

Over the passing week, Greece also convinced private bondholders to a debt swap, which resulted in a write-off of more than 50% of debt.