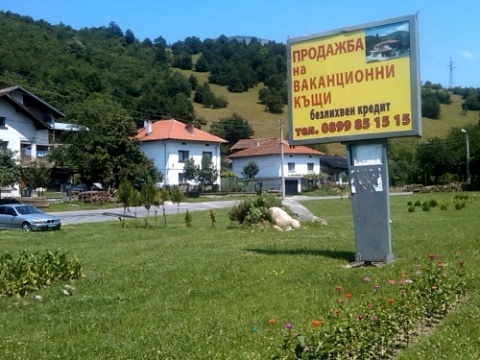 The interest of UK citizens to property in Bulgaria has been dropping steadily since 2008. File photo

The Bulgarian market slumped to the 10th ranking of top worldwide overseas property destinations for the Brits, according to TheMoveChannel.com's monthly Top of the Props report.

According to the ranking, in February, Bulgaria went down 4 places, compared to January, 2012.

Just 1.96% of enquiries about a property purchase sent to the site in February have been related to the Bulgarian market, compared to 3.9% in January.

The big surprise in February was Brazil, which ousted the UK as the world's 6th largest economy and burst into the top three worldwide overseas property destinations for the first time.

The 2014 World Cup host rose eight places in the property portal's chart last month, taking over 10 percent of all enquiries on the site. Brazil's boom was big enough to beat both France and Portugal, but not enough to drown out Spain and America's steady drum of investment, TheMoveChannel explain.

Spain's share of enquiries actually increased by 2.65%, securing its position above the USA as the most popular property destination in the world.