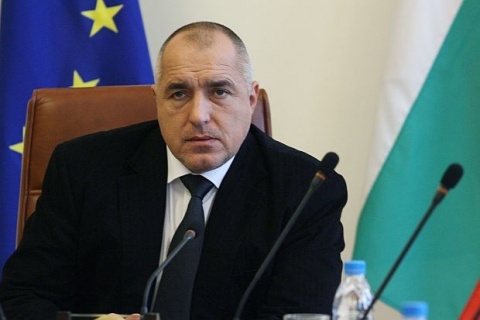 Prime Minister Boyko Borisov has termed his order for the repayment of bonuses received by government officials as "populist", citing the low salaries and the huge responsibilities of public office holders.

"Bulgaria has been plagued by rampant populism as regards bonus payments. We keep thinking like a post-communist country, or even as communists. I am also part of the "we" in this case," Borisov stated in an interview for Thursday's morning broadcast of Nova TV.

The Prime Minister reminded that the allocations for international business travel had remained unchanged for 22 years, meaning that a Prime Minister or Minister had to rely on a sum of EUR 20-30 a day.

"This is sheer populism. Everybody who has been to Brussels knows that if you go to a cafe to have a coffee and a banitsa, this sum will not be enough," Borisov remarked.

The Prime Minister explained that he had planned to block board participation fees as soon as center-right ruling party GERB came to power, but reminded that there were over 50 ordinances providing for different mechanisms for granting additional financial incentives.

Borisov said that he had had to put the public officials through the humiliating situation of having to repay the extra money or else face losing a job.

He went on to accuse Deputy Ministers of trying to cheat with the excuse offered by Ahmed Dogan, leader of the ethnic Turkish Movement for Rights and Freedoms (DPS) party.

Encouraged to return his fee of over BGN 1 M for consulting services on the Tsankov Kamak hydroelectric power plant project, Dogan advised the media to differentiate between fees and bonuses.

Borisov vowed that the bonus saga would come to an end thanks to that legal changes drafted by GERB which would increase the salaries of senior public officials in the next Cabinet.

"We shall make a law that will regulate all bonus payments and will also increase the salaries of the Prime Minister and the Ministers in the next government," Borisov assured.