2nd 'Bulgarian Event of Year in US' Contest Open for Voting 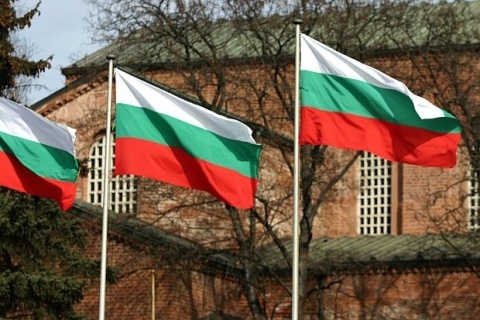 The contest "Bulgarian Event of the Year in the US" is entering its final stage since it is now open for the online vote, which will determine the top finalist.

At the end of January, the editorial team of EuroChicago.com, with the support of the Bulgarian Embassy in Washington DC and all Bulgarian Consulate offices in the US, announced the launch of the second edition of the contest.

The online vote is open to all Bulgarians regardless of their country of residence.

The 10 finalists to compete for the title are:

The Forum of Bulgarian schools in the US, held in the spring of 2011 in Chicago with the participation of Deputy Speaker of the Parliament, Georgi Pirinski, Education Minister, Sergey Ignatov, members of the Board of the Association of Bulgarian Schools Abroad (ABUCH), diplomats, journalists, clergy, and representatives of Bulgarian schools across the globe.

The premiere of the oratorio "Melancholic Beauty," telling the story of the salvation of Bulgarian Jews from the horrors of the Holocaust – it had three great performances in the US. 300 Bulgarian and American musicians and singers went on stage to glorify Bulgaria.

Bulgarian evening at the Grammy Museum in Los Angelis on April 9, 2011 – a first ever concert of Bulgarian talents on this stage

The hoisting of the Bulgarian national flag in downtown Chicago to mark Bulgaria's National Holiday, March 3.

The festivals of the Bulgarian-American Association in Chicago

The concert of the folk ensemble "Bulgarians" from Montreal, Canada in Chicago, which was their first performance abroad

The crowning of Bulgarian girl as Miss Teen Maryland, Stephanie Chervenkov, who told the jury she is 100% Bulgarian.

The evening of Bulgarian archeology at the Field Museum in Chicago

The vote is open until March 30, and one lucky participant could get as a prize a Gateway NV 15.6" HD LED laptop.

The "Bulgarian Event of the Year in the US" and the prize winner are going to be announced on March 31 at the Second Bulgarian Dance Festival VEREA '2012 in Chicago.

The Bulgarian news agency BTA is the main partner in the initiative. The Eurochicago.com editors voice conviction the contest will enjoy the support of all main Bulgarian media in the country and abroad.

The initiative aims at media publicizing of US events with Bulgarian participation and of everything great that is connected with Bulgaria in order to make them more popular and attract the attention of the Bulgarian diaspora in America and across the globe.

The proposals for events for the 2012 contest can already be sent to the editorial email address - eurochigaco.com@gmail.com.

The editorial team of EuroChicago.com, which is a free portal in Bulgarian, ranked number one in America by Google and Yahoo, is thanking all media that supported them, including Sofia News Agency – Novinite.com & Novinite.bg

An estimated 100 000 Bulgarians live in Chicago, which makes it the city with the largest Bulgarian population outside Bulgaria.