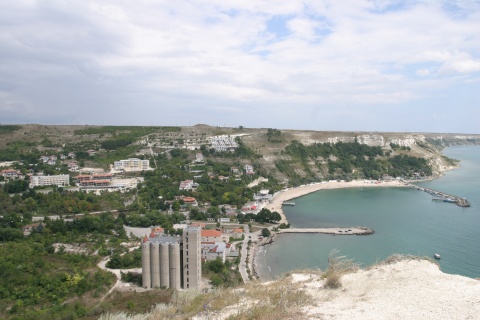 According to Travelers Digest, Varna is on the country's gorgeous Black Sea coast and in the summer the city becomes jam-packed with sunbathing beauties. Photo by Sofia Photo Agency

Bulgaria's Black Sea capital Varna has been ranked 5th among the cities with the most beautiful women in the world by online travel directory and magazine Travelers Digest.

The first place is held by Kiev, the Ukraine, followed by Stockholm, Sweden, New York, US, and Buenos Aires, Argentina.

According to Travelers Digets, "Bulgaria isn't the most well-known country, even Europeans sometimes have trouble finding it on a map, but what it lacks in fame it more than compensates in beautiful women and stunning landscapes. Varna is on the country's gorgeous Black Sea coast and in the summer the city becomes jam-packed with sunbathing beauties. Similar to their Russian and Ukrainian counterparts, girls here are often tall and light-eyed. An up-and-coming tourism destination, travelers from around the world are only now discovering the gem that is Bulgaria."

As far as men, the ranking lists those in Stockholm first, saying the following:

"Swedish men have long been misunderstood. Case in point: they are often stereotyped as cold, emotionally distant loners and inexplicably mistaken for Swiss guys. On the plus side, they are also generally considered aesthetically pleasing due to their fine-boned Nordic attributes and exceptional height advantage. Although there always seems to be some truth to these types of classifications, in the case of these Scandinavian studs, the deeper reality is quite a pleasant surprise. Your average man in Stockholm is an impeccably-dressed clotheshorse that truly indulges in the enjoyment of the finer things in life: from food to fashion, culture to hearth. But what really makes them unique? Despite the fact that one must practice patience when engaging in the slightly bizarre ritual known as the Swedish courting process, once you have captured the heart and imagination of your elegant gent he will be devoted to you for life. What's more irresistible than that?"

Following the Swedish guys in the top 5 are those from New York, Amsterdam, the Netherlands, Lisbon, Portugal and Buenos Aires, Argentina.