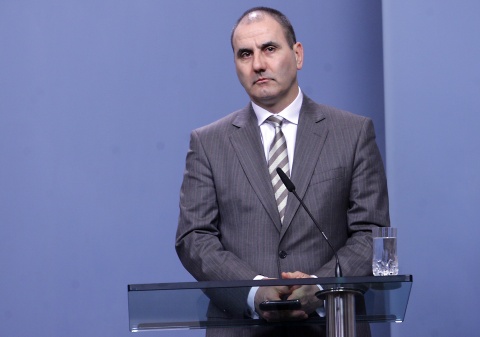 Bulgarian Interior Minister Tsvetan Tsvetanov (pictured) pointed out that a suspect has been apprehended for the attack against MMA fighter Blagoi Ivanov. Photo by BGNES

Bulgaria's serious organized crime has decreased over the last three years, according to the country's Interior Minister Tsvetan Tsvetanov.

On Tuesday, Tsvetanov pointed out that the culprit of Sunday's assault against MMA fighter Blagoi Ivanov has been discovered just hours after the attack. The Interior Minister referred to the 23-year-old suspect nicknamed "The Dumbbell" who was arrested after the stabbing of Ivanov.

Tsvetanov's comment that organized crime has diminished in the country under the rule of his centrist-right GERB government comes only four days after the notorious murder of a businessman in the Bulgarian Black Sea city of Varna.

Fish trader Yordan Harasimov was blown up in his car at a major downtown Varna crossroad on Friday.

"Needless to say, no one can appear in front of you and say that there will be no crime from now on. But it is crucial that we mobilize all our resources in each and every case so that the most important and immediate actions could be undertaken in order to solve these crimes," Tsvetan Tsvetanov added on Tuesday, as cited by dnevnik.bg.