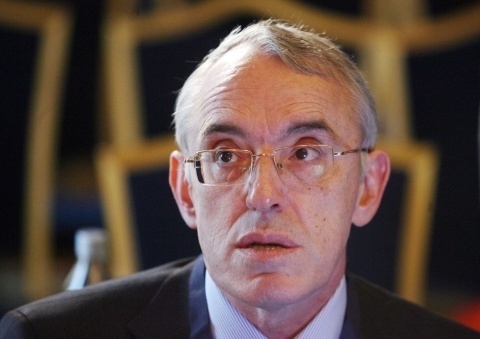 Lowering medication prices by 50% and more is political advertisement, says Ognyan Donev, boss of the pharmaceutical company Sopharma, and alleged monopolist in Bulgaria.

As Chairman of the Confederation of Employers and Industrials in Bulgaria, KRIB, Donev is part of the Bulgarian business delegation, accompanying Prime Minister, Boyko Borisov, who is on an official visit to Tunisia.

At the beginning of last week, Bulgaria's parliamentary health commission said it is about to launch a probe into Sopharma over suspicions of monopoly.

The move came following an investigation by TV 7 channel, which showed that Sopharma sells its medicines to Bulgarian patients and hospitals at higher prices than in Turkey or Serbia.

The investigation also showed that the pharmaceutical boss, who recently turned into a media mogul as well, will lose about BGN 0.5 B if health authorities decide to put their house in order.

Earlier this month it emerged that the European Commission is about to launch an investigation into Sopharma over suspicions of monopoly as unethical as in an African country.

Sopharma, controlled by Ognyan Donev, who until a year ago was a member of the supervisory board of the National Health Insurance Fund, NZOK, has managed to supply more than 70% of the medicines required by (state) hospitals and more than 50% of prescribed medicines, according to media reports.

The other key person in the scheme is believed to be the fired Bulgarian Deputy Health Minister, Gergana Pavlova, said to have been a former high-ranking employee of Sopharma.

According to a New Europe publication the European Commission is already in Bulgaria, investigating the case 'sur place'.

The Commission for Protection of Competition also announced they will probe Sopharma for monopoly situation.

In the aftermath, Health Minister, Stefan Konstantinov, said that if prices are lowered too much, some pharmaceutical companies could withdraw from the Bulgarian market, but that he is firm they must go down.

Konstantinov is beginning Wednesday negotiations with these companies to secure some discounts. According to him, this can be done in 3 ways – forcing the manufacturers to lower prices, lower the Value Added Tax, VAT, on medications, and connecting electronically all pharmacies with the National Revenue Agency so that their profits can be monitored.

However, both Borisov and his Deputy, Finance Minister, Simeon Djankov, rejected the idea of lowering VAT.

Donev, cited by Darik radio, said Tuesday that lowering prices of medications by 50% was impossible and what could be done is for the new management of NZOK to create strict rules with which the public resource spent on medications would be limited.

According to him, everything is a matter of State policy, and the medications market is overly regulated with cabinet decrees and orders for forming prices.

Donev and Pavlov are at war with the other large media group in Bulgaria, and TV7 is part of their enemies.