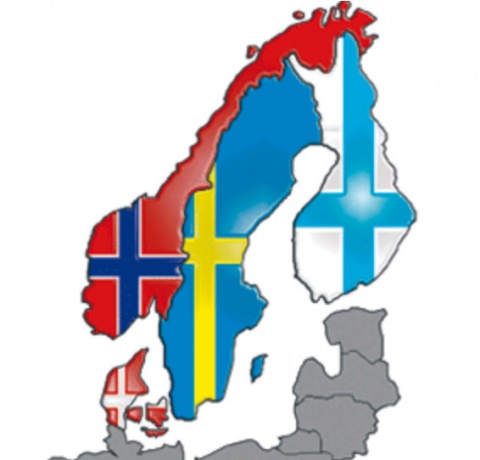 How would you assess the investments that Denmark and the other Nordic countries have made in Bulgaria over the past 10 years – and how can Bulgaria attract more Danish and Nordic investments in the future?

During the past ten years, Danish companies have realized the potential of Bulgaria. There are favourable conditions market conditions here, which for instance have been discovered by Tuborg-Carlsberg and Danfoss.

Even though Danish companies are beginning to discover Bulgaria, it would send a strong and appealing signal if the infrastructure in Bulgaria was improved. If conditions are optimal, Bulgaria can attract even more investments from Denmark.

How would you assess the investments that Finland and the other Nordic countries have made in Bulgaria over the past 10 years – and how can Bulgaria attract more Finnish and Nordic investments in the future?

Bulgaria offers competitive operational costs to foreign investors, and the transport and communications infrastructure has developed significantly during the last decade. Hovever, our potential investors have encountered problems both on private and on public level.

Key challenges which Finnish companies have told us about are linked to the differences of business culture between Bulgaria and Finland and in some sectors the limited pool of potential subcontractor partners, and on the public sector they have encountered unprofessional attitude by administration and public organizations. Lack of transparency and of predictability of Government policies, e.g. changes in tax system, is sometimes more important than the actual level of taxes.

Finland has a lot of experiences to offer in many sectors which would be in Bulgaria?s interest to develop. Just to name a few: we know that energy efficiency can bring savings and that e-government enhances business environment and public services, our tourists want to swim in a clean Black Sea so waste water treatment needs to be more efficient, and waste recycling is a must.

Our experience tells that large foreign investors cannot be attracted only via promoting the low operational costs in the country. In addition to developed infrastructure, transparent and predictable actions of the Government and professional attitude by the public administration is essential. Stimulating SMEs to develop a large pool of supportive industry could be facilitated through different programs in order to increasing their competitiveness.

How would you assess the investments that Norway and the other Nordic countries have made in Bulgaria over the past 10 years – and how can Bulgaria attract more Norwegian and Nordic investments in the future?

The trade relations between the Nordic countries and Bulgaria are at an early stage of their development and cannot be compared to those with Germany and Austria, which are the leading trade partners for Bulgaria.

I believe that the past 10 years have been fundamental for the establishment of a stable framework for the future development of the economic relations between the Nordic countries and Bulgaria.  The figures of the investments and the turnover between Bulgaria and the Nordic countries have been constantly increasing for the last 10 - 12 years (except for the years of financial crisis, of course). The largest investor in Bulgaria (among the Nordic countries) is Denmark, followed by Sweden and Norway. The amount of the Norwegian investments in Bulgaria for the period 1998-2010 is 111.5 mln. Euro. The largest investment is made by the Norwegian company Dyno Nobel ASA - a leading supplier of industrial explosives and blasting services.

There are a lot of opportunities for economic cooperation between your country and the Nordic region which can be successfully developed during the next years. Bulgaria has a lot to offer when it comes to political and economic stability, geographic location, low level of taxes and business costs.

The Norwegian Government is supporting the bilateral relations with Bulgaria through the EEA and Norway Grants agreements. As you may know, following its entry into the EU and EEA in 2007, Bulgaria became a beneficiary of the EEA and Norway Grants, and was allocated EUR 41.5 million between 2007 and 2009 to fund social and economic development projects and strengthen cooperation with entities in the three donor states. For the next period - 2009-2014 Bulgaria has been allocated EUR 126.6 million.

Norway is an expert in the field of the energy efficiency , green economy and maritime industry– important for Bulgaria sectors, where we can contribute with our knowledge and solutions.  On the other hand, the low level of the business costs in Bulgaria could be beneficial for Norwegian entrepreneurs willing to outsource services and production activities.

The trade balance for 2011 between our two countries show a positive growth - the Norwegian export to Bulgaria has increased with 50% and  the import from Bulgaria to Norway expanded with 56%.  Compared to year 2010, the figures outline promising trends for the near future.

How would you assess the invetments that Sweden and the other Nordic countries have made in Bulgaria over the past 10 years – and how can Bulgaria attract more Swedish and Nordic investments in the future?

Goran Svensson, President of the Bulgarian-Nordic Chamber of Commerce

The quantity and size of investments depend on a number of reasons. Not only low corporate taxes attract foreign investors. The legal system must be functioning in a satisfactory way. The infrastructure is also of great importance.

There are obviously also other factors such as education, skilled labor and administrative procedures which must be manageable. But I would also like to add a very important item to your question, and it is marketing Bulgaria abroad. This kind of marketing can be executed both from Bulgarian organizations as well as organizations in Sweden. It is of great importance that potential investors have detailed information about obstacles and benefits in the country where they plan investment, thus being able to make a true analysis.

Bulgaria is a country with great potential, also to countries which are to be found on the other side of Europe. By having said that I would also lay emphasis on the fact that all Nordiccountries are geographically in close proximity to theBaltic states, which has created a great interest to the immediate region of the Nordic countries.

However, it is important to point out that companies from the Nordic countries are interested in Bulgaria, but as I previously said their interest depends strongly on their knowledge of the country and its possibilities.