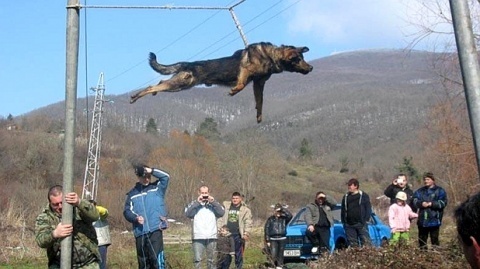 Besieged by animal rights activists, a small southeastern Bulgarian village has agreed to water down a controversial "dog spinning" ritual it has been proudly performing for ages.

In dog spinning, which is practiced in Brodilovo at the beginning of March, a dog is suspended above water on a rope.

But on Saturday, under the critical eyes of animal rights activists from Sofia and Burgas, the people of Brodilovo opted for a softer version of the ritual and just threw the dog into the water without spinning it on a rope.

Days before the special date, the Bulgarian "Animal Rescue Sofia" NGO announced it would organize a visit to Brodilovo, in which the controversial "dog spinning" ritual is practiced even though it has been banned by the Mayor of the Tsarevo municipality.

"Animal Rescue Sofia" has launched a Facebook campaign to drum up support for stopping the ritual.