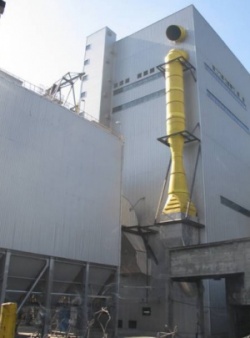 The chemical plant Solvay Sodi received Bulgaria's annual "Investor in the Environment" award by the Bulgarian Forum of Business Leaders.

For the 2011 edition, a record of 65 competition projects by 45 companies have been tabled for the contest.

The winners of the award will receive the right to compete for the European Environmental Award in 2014.

"Solvay Sodi is constantly striving for improvement of environmental protection via controlled use of natural resources, limiting the levels of emissions in the atmosphere, waters and soils, as well as waste reduction," said the chemical factory management in a statement.

"In view of its commitment to sustainable development, Solvay Sodi invests heavily in covering the highest international standarts, including developing its co-generative facility, worth BGN 150 M. The latter is the only reasonable way to ensure the energy needed for our industry," added Solvay

Solvay Sodi is the largest Soda Ash plant in Bulgaria and Europe for synthetic soda ash production, with a nominal capacity of 1.5 Mt/y.

Solvay Sodi is one of the biggest producers in Bulgaria, representing around 1% of total Bulgarian export.