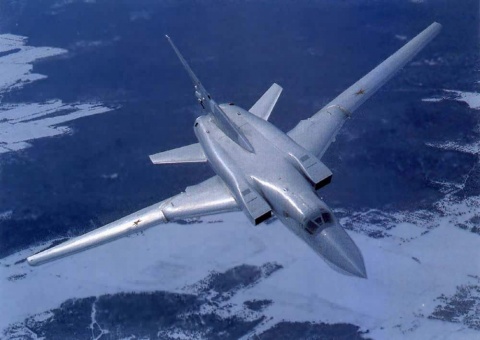 Five Russian strategic bombers have raised alert with the Bulgarian and Turkish Air Forces after flying close by over the Black Sea on Wednesday.

The five Russian Tu-22 bombers were detected right off Bulgaria's coast, on the fringes of the Bulgarian air space, the Standart daily reported Thursday, saying that the information has been confirmed by sources from the Bulgarian Defense Ministry.

The Bulgarian military has explained, however, that the Russian bombers never entered Bulgaria's air space, even though they reached within 40 km of the Bulgarian Black Sea coast, apparently bound south, towards Africa.

When asked why no Bulgarian fighter jets on duty were flew off over the Russian bombers, the Bulgarian Defense Ministry is quoted as saying that it is up to NATO's southern command to decide whose fighter jets would be sent in the air in similar situations.

Observers have been quick to link the flying over of Russian strategic bombers over the Black Sea with the naval drills of the Russian Navy over the international tensions around the situation in Syria, which is the site of massive civil unrest and protests against the Assad regime, and Iran, whose nuclear program advance is fueling fears it might be subject to air strikes by Israel and/or the USA.