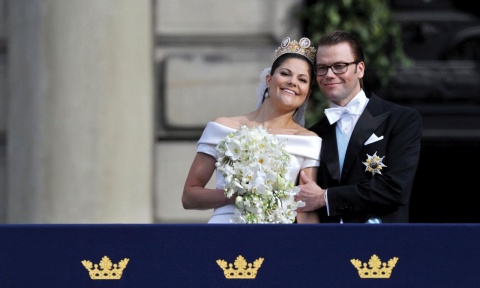 Crown Princess Victoria of Sweden and the newly titled Prince Daniel, duke of V?sterg?tland, smile after their wedding in Stockholm, June 19, 2010. EPA/BGNES

The baby is be second-in-line to the throne after Victoria.

Prince Daniel told reporters he was overwhelmed with emotions, adding that Victoria and the baby were doing "very well."

The newborn girl is 51 centimetres long and weighs 3.28 kilos, DPA has informed.