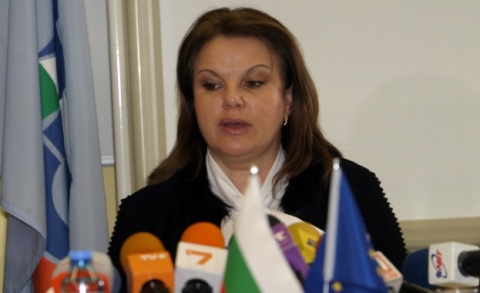 The information was reported by NZOK's press office Tuesday.

On Tuesday, she fulfilled her promise by signing a contract with a representative of "Children and Youth" Association in the presence of two attorneys.

The donor had voiced the will to support the operations of the Center for Homeless Children with the funds being used for food, clothing, medical services, education and access to sports facilities of these children.

Meanwhile, the National Association of Private Hospitals and the National Alliance of People with Rare Diseases joined Tuesday a number of others voicing support for Nesheva.

In the last few days, the Bulgarian Doctors Union, the Bulgarian Industrial Chamber, the Union of Multi-profile Hospitals, and the Parliamentary Committee on Health have declared their backing for her, and insisted that changes in NZOK leadership will unnecessarily shake the system.

Also on Tuesday, the parliamentary group of ruling Citizens for European Development of Bulgaria party, GERB, is set to decide on Nesheva's fate.