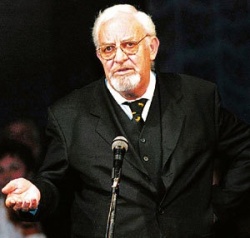 Prominent Bulgarian actor Georgi Cherkelov has passed away, his family has told the Bulgarian Telegraph Agency.

Cherkelov was born on June 25 in the Southern Bulgarian town of Haskovo. He graduated from the Theater and Film Academy in Sofia and his acting career started in 1956 in the theater of Vratsa.

Cherkelov's movie debut came in 1961. One of his most famous roles is that of Bogdan Velinski in the famous Bulgarian TV series "Na vseki kilometer."

Georgi Cherkelov had over 100 theater roles and played in nearly 70 movies.