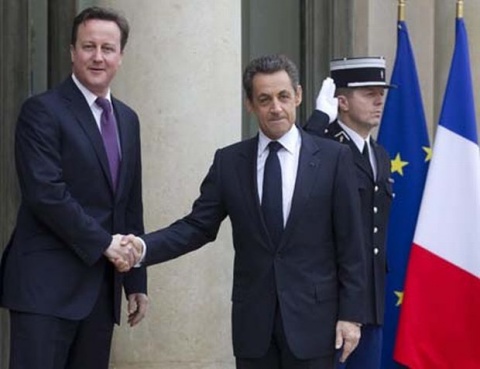 The UK and France have signed a deal on increased cooperation in the development of nuclear energy while also announcing closer defense ties.

The pledges were made Friday at a summit in Paris between French President Nicolas Sarkozy and British Prime Minister David Cameron, at which both men seemed eager to patch up the frosty relations on display after December's fractious European Union summit, DPA reported.

Despite their occasional and "traditional" differences over Europe, cooperation between the two countries on foreign and defense issues was better "than at any time since World War II," Sarkozy said.

The agreement on nuclear cooperation is expected to create deals worth more than GBP 500 M (USD 790 M) while creating more than 1 500 jobs in Britain.

Britain's Rolls-Royce engineering company secured a major stake in the building by French nuclear constructor Areva of four new reactors, including one at Hinkley Point in southern Britain.

The two governments also agreed to push ahead with the next phase of plans to build a new generation of unmanned fighter aircraft, of which a prototype is set to be produced by 2020.

Reports point out that for Cameron, the trip was an opportunity to gauge the political temperature in France after Sarkozy's declaration that he will stand for a second term in elections to be held in April and May.