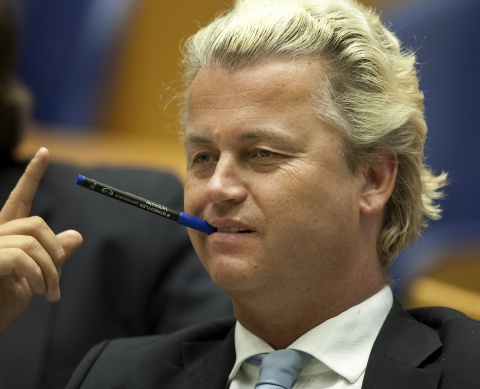 The ambassadors of 10 Central and Eastern European countries, Bulgaria included, have sent an open letter to political party leaders in the Netherlands protesting against a website set up by the Dutch far-right Freedom Party of Geert Wilders.

The anti-immigration Freedom Party (PVV) launched the notorious website last week to collect complaints about Eastern Europeans from among the Dutch population.

In the meantime, Wilders himself has described the website initiative of his party as a "hit".

According to Polish news agency PAP cited by "Dutch News", the letter of the Eastern European Ambassadors asks Dutch parliamentary party leaders to distance themselves from Geert Wilders "regrettable initiative". The ambassadors are expected to press their case with MPs on Tuesday.

Poland's Prime Minister Donald Tusk is also aware of the commotion, PAP said. Tusk said there are limited protest options open because the website is the initiative of a politician, not the government, website Polonia.nl reports.

PVV leader Geert Wilders said in a reaction to the ambassadors' letter that it was a "waste of paper".

"The website is not focused at individual countries but at collecting information about the public nuisance and pressure on jobs," Wilders is quoted as saying by the Volkskrant.

"In Europe, we support freedom. We support an open continent where citizens can move, work and study where they will," Reding said. "We solve our problems by showing more solidarity, not by telling tales on fellow citizens.

Geert Wilders' website, launched on Wednesday, asks people to report complaints about central and eastern European immigrants in the Netherlands.

"Do you have problems with people from central and eastern Europe? Have you lost your job to a Pole, Bulgarian, Romanian or other eastern European? We want to know," the website states.

"Europe can get stuffed," Wilders said in a reaction to Reding's statement. "We've had more than 32,000 reports. The website is a hit." It is not clear how many of the reports are genuine, Dutch News points out.