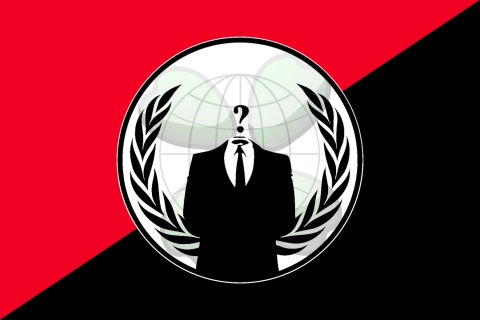 The logo of he global hacker group Anonymous. File photo

The global hacker group Anonymous has sent a message and a warning to the Bulgarian authorities in connection with them signing the international ACTA agreement.

The message comes in the aftermath of mass protest rallies against the controversial international Anti-counterfeiting Trade Agreement, ACTA, which were organized in 15-16 Bulgarian cities and in 150 cities across Europe Saturday.

The video message stresses that the contract cannot be signed with reservations.

This is the full text of the message:

Greetings Bulgaria. I guess you know who we are, but if you do not know - we are Anonymous. We are the largest force in the world. Force greater and mightier than all the governments of this Earth.

We are not an organization or club. We are much more than this - we are united. We are people from all over the world, gathered by the idea of justice and freedom. Anonymous are not just the people on the Internet, they are everywhere.

You knew for the upcoming protests of 02/11/2012, but nevertheless you tried once again to throw sand in the people's eyes. Once again you try to manipulate people by experienced psychological methods. ACTA can not be signed with reservations, ACTA is an international trade agreement, based on international law. Countries and the state Unions signed the contract, shall strive by him to establish uniform standards in the fight against pirated copies of products and copyright violations, both physically and digital products or services. Signed by Bulgaria will lead to its implementation at full power, which would violate human rights and be contrary to the Constitution of Bulgaria, that each state employee must comply unconditionally.

Article 3, paragraph 1 of the Constitution of Bulgaria provides:
The state serves the people, such as:
protect its interests and achievements;
creating conditions for socio-economic development, to continuously improve wellbeing, education and health of the people and full development of science and culture;
ensuring the free development of human rights, guarantees and protects his dignity;
organize the defense of national independence, state sovereignty and territorial integrity of the country:

Article 9, paragraph 2 of the Constitution of Bulgaria provides:
The rights and freedoms can not be exercised to the detriment of public interest.

Article 48, paragraph 1 of the Constitution of Bulgaria provides:
Ensuring freedom and privacy.

Article 92, paragraph 1 of the Constitution of Bulgaria provides:
Chairman: President of the Republic;
ensure compliance with the Constitution, laws, rights and freedoms of citizens;

Article 103, paragraph 6 of the Constitution of Bulgaria provides:
The Council of Ministers;
Provide conditions for realization of the rights and freedoms of citizens.

And do not forget Article 2, paragraph 1 of the Constitution of Bulgaria, which provides:
In Bulgaria all power stems from the people and belongs to the people.

When people violate the Constitution of Bulgaria are judged by you. And who should judge you when you violate the Constitution of Bulgaria? You go against your own laws. You do not comply with the position of people and do what you want to do: either potential damage to or destruction of the community. You Look at your own goods and you are blinded by the unbearable feeling of grandeur and obsession. Even after 02/11/2012 you continue to ignore people and again did not hear what the people wants.

You should know that if you do not remove your hands from ACTA, we will do it - one way or another. On 02.11.2012 the protests were peaceful. There will be no further protests. The next steps will be completely different. If you continue to mock the people in Bulgaria you will have to see this steps, but we are sure that you will not like them. Do not mess with us, observe your own laws and opt out of ACTA completely.

The actions of the people will be peaceful, but what they do will affect the economy, traffic and transport in almost all of Bulgaria. But if you keep your eyes shut, we will not play nice anymore.

We give you a chance to opt out of ACTA, peacefully, expressing it with an official statement. Our advice is - do not miss this important chance and do not press your luck.

The video can be seen HERE.