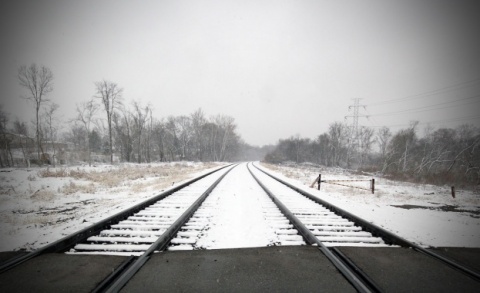 The Bulgarian State-owned railways BDZ schedule is experiencing disruptions and delays Monday over the new snowfall.

At some locations in the country there are no trains because tracks are covered with snow and train compositions have sustained technical failures.

Four passenger trains are cancelled on the Pleven-Levski-Svishtov-Cherkovitsa line in northern Bulgaria; there no trains between Levski and Lovech either and between Samuil and Silistra.

The traffic of international trains between Bulgaria and Romania through the Danube bridge has not been reinstated either and passengers are being transported in vans between Bulgaria's Ruse and the Romanian capital Bucharest.

In southern Bulgaria, the passenger train between the second largest city of Plovdiv and the town of Peshtera has been stopped since Friday and passengers are being bused; there is no train traffic between Harmanli and Svilengrad on the Bulgaria-Turkish border either over damage inflicted on railroad infrastructure after last week's heavy floods.

BDZ inform that all other trains in the country are running on schedule, but warn of possible delays over the winter weather conditions.