Troubles with Rule of Law in the Netherlands 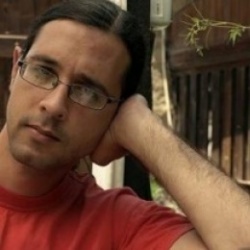 If equality and non-discrimination are prerequisites for modern democracy and the rule of law, then the Netherlands seem to be losing it.

The irony that precisely the government which is blocking Bulgaria and Romania's Schengen accession on grounds of alleged problems with the rule of law should partake in a campaign of stereotyping and hate mongering.

The VVP website informs you that since the 2007 opening of the Dutch labor market for workers of 8 newcoming Central and East European EU member states, a number of hardships has befallen the Netherlands and its people.

"This massive work migration has led to many problems: crowding, pollution, flooding of the labor market, problems with integration and housing," the site informs you.

It then enquires: "Have you had trouble with people from Central and Eastern Europe? Or have you lost your job due to a Pole, Bulgarian, Romanian or another Central- or East-European? The Freedom Party would like to hear."

On top the website - clippings from tabloid Algemeen Dagblad and conservative Reformatorisch Dagblad boasting the worst type of journalistic setereotyping headlines, such as "East Europeans turn criminal. They remain jobless and go stealing", and "Criminal gangs from Eastern Europe sell stolen wares on the black market."

Respected center-right Dutch PM Mark Rutte, who has reatedly slammed Bulgaria and Romania for not keeping up to high European rule of law standards, has not managed to distance himself from his dubious coalition partner Wilders.

"We work well with the PVV, but not on European affairs," was all that Dutch PM Rutte could say regarding the matter.

One might ponder how it has come to pass that the Netherlands, for centuries a symbol of religious tolerance in Europe, is now consistently sending signals of hate and discrimination.

Until an answer has been found, some questions to ask would be: "Have you had trouble with the Dutch Freedom Party? Have you lost your job, felt discriminated or threatened due to its policies?"