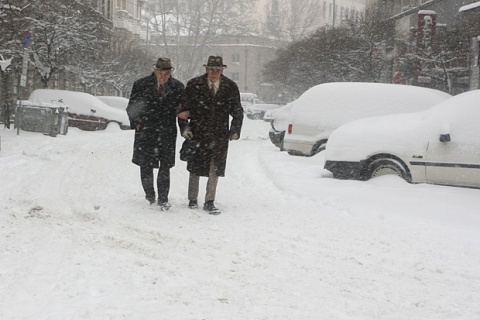 Bulgaria's exceptionally cold and snowy winter weather is expected to continue on Sunday, as a number of regions have been alarmed for potential danger.

Code Yellow has been announced for a total of 17 Bulgarian regions, the country's Institute for Meteorology and Hydrology has informed.

In Northern Bulgaria, the slight danger is mainly due to the low temperatures. The regions of Vidin, Montana, Vratsa, Pleven, Gabrovo and Lovech will also witness snowfalls.

Code Yellow for heavy snowfalls has been announced in the Southern Bulgarian regions of Pernik, Sofia, Kyustendil and Smolyan.

The Lyulin, Trakiya, Hemus and Maritsa highways have been reported wet.