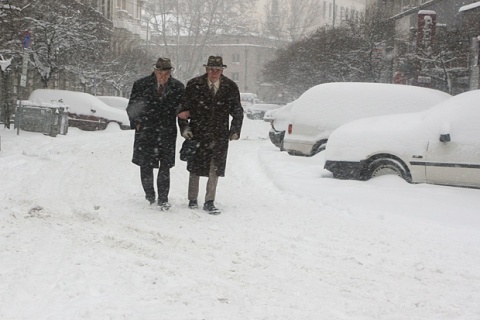 Twelve regions in northern Bulgaria remain under code orange over extremely low temperatures, the National Institute for Meteorology and Hydrology at the Bulgarian Academy of Sciences (BAS) has announced.

A more moderate code yellow has been issued for the rest of the country. Code yellow means potentially dangerous weather, where the forecast is not for unusual meteorological events, but requires people to exercise caution.

Only the southwestern region of Blagoevgrad is under code green.

Skies will be mostly cloudy Saturday. The maximum temperatures in northern Bulgaria will be between minus 12 and minus 7 degrees Celsius; in southern – between minus 5 and 0, and in the capital Sofia – around 0.

Roads are icy and treacherous.

The situation in southern and southeastern Bulgaria, which was the most affected by deadly floods, remains complicated.

Tractor trailers over 10 tons are banned in a number of mountain passes; tire chains are required in these areas as well.

New snow is in the forecast for Sunday in western Bulgaria; in the eastern regions the precipitation will be in the form of rain.