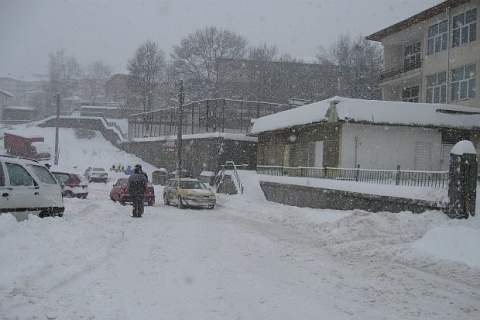 Bulgaria is expected to remain in the grip of heavy snowfall and strong winds until February 20. Photo by dariknews.bg

The severe cold snap and floods that hit hard Bulgaria will come to an end after two weeks, when the mercury will permanently rise above the freezing point, forecasts say.

Until February 20 however Bulgaria is to see another wave of heavy snowfalls in most parts of the country, as well as strong winds in the east during the next few days, weather forecasts have warned.

On Tuesday temperatures in most parts of the country will remain without significant change during the day, ranging between -8 ° and -3 °, in southeastern Bulgaria – between 0 °and -1 °.

The "fells like" temperatures however will be much lower because of the strong wind.

On Friday and Saturday the mercury will drop to about twenty degrees below the freezing point.

Nine people lost their lives in Southeastern Bulgaria in Monday's flooding caused by the breaking of local dams. There are demolished houses and people in distress.

Four more died in the floods when their cars were swept away by high waters.