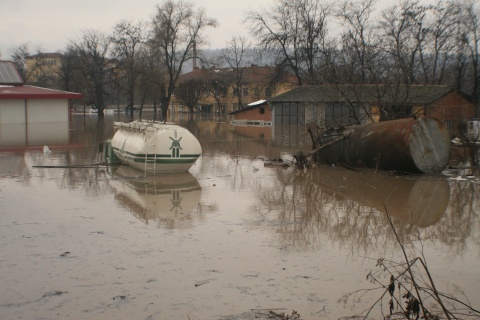 The flood at the southern Bulgarian village of Biser, which was caused by the collapse of a dam wall, has taken the lives of five elderly men.

Zlatka Varbanova, mayor of the village, told journalists Monday morning that most of the victims had died from drowning.

The death toll of five has been officially confirmed by the Interior Ministry.

The rescue operation in the region is still underway and is led by Interior Minister Tsvetan Tsvetanov.

By 12 o'clock noon the village is accessible, with rescue teams working on the spot and over 50 people already brought to safety.

The number of flooded houses and stranded people remains unclear.

The village of Biser has a population of about 1000.

The wall of the Ivanovo dam broke between 7 and 8 o'clock on Monday morning.

Rescue helicopters took off from the Krumovo air base shortly after 10 a.m and headed for the villages of Stoykovo, Rhodope and Biser.

The dam owner in charge of the facility's maintenance has not been identified.

Local authorities have assured that there is no threat of a new flood wave and the waters are subsiding.

The mayor of Svilengrad also declared a state of emergency after streets running along Maritsa's riverbanks were flooded.

Earlier on Monday, Prime Minister Borisov explained that the rescue operation was complicated by the fact that the Cougar helicopters were unfit to use in winter conditions because they had no anti-icing or de-icing systems.