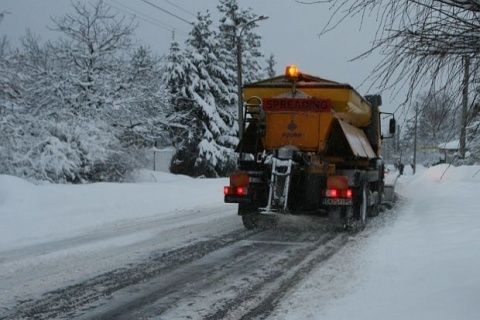 A fresh cold snap with blizzards will set in Bulgaria in the beginning of the new week, after a few days of warm winter weather.

Situation was already complicated Sunday, after a deep Mediteranean cyclone brought heavy rain in the south and snowfall in the central and northern parts of the country.

The remote municipalities of Zlatograd and Nedelino in the southern Smolyan Region declared emergency, after rain and melting snow caused overflowing of rivers and reservoirs.

Precipitation across the country, except the south-west, will turn into snow Sunday overnight, with most parts receiving heavy amounts of dowpour, warned the national weather service.

Winds will reach as high as 15-20 m/sec, and especially in north-eastern Bulgaria there will be conditions for blizzards and heavy snow drafts.

Roads have started to freeze over. All crossing points to neighboring Romania have been closed, due to heavy snowfall in southern Romania.

Temperatures are also expected to start falling through the first half of the week, with lows reaching Thursday some -15 to -20 degrees C, and highs not above 0 C.

Monday the National Institute for Meteorology and Hydrology at the Bulgarian Academy of Sciences has declared code orange for dangerous weather for the western part of the country.