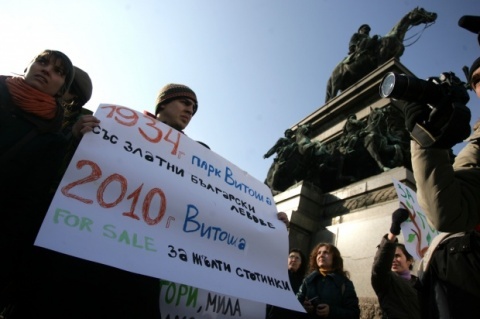 Bulgarian environmentalists and winter sports lovers have staged several protest rallies in Sofia to voice outrage about new legal amendments that would alleviate construction in the nearby Vitosha Mountain. Photo by BGNES

The coalition of NGOs, known as "For Keeping Nature in Bulgaria," staged a march through downtown Sofia to the building of the Parliament.

The amendments are being examined by several Parliamentary Committees and then will be voted by the Members of the Parliament.