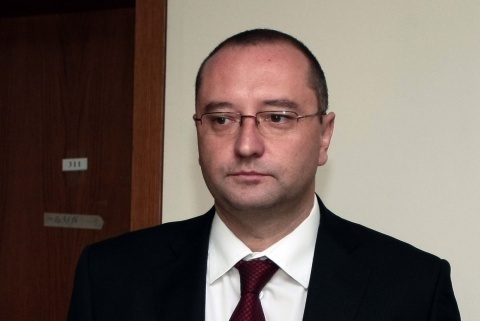 The Chairman of the Bulgarian anti-mafia tribunal, Georgi Ushev, declared Thursday he has no intentions to censor local media.

One day earlier, the governing body of Bulgaria's newly established specialized criminal court asked print and electronic media to submit to it materials covering the activity of the institution for "verification" before making them public and to stop referring to the court by any other name, for instance "anti-mafia court," which is the most popular substitution.

In the aftermath, Ushev called the morning political talk show of TV7 to explain this has been a sheer misunderstanding and the directions sent to media Wednesday were actually a reply to a request for an interview with the magistrates, who sealed a plea bargain between four of the defendants and the prosecution in the Court's first trial.

When asked by host Nikolay Barekov what the qualifications of the tribunal's spokesperson were, Ushev explained that "she only had a high school degree and the institution actually does not yet have a press attach?." This prompted Barekov to offer his services free of charge.

The host invited the tribunal to send the drafts of their press releases so that he and his team can edit them. The Chairman thanked Barekov and praised TV7 for being one of the few media to always and only use the Court's official name.

"We will not ask the press to coordinate their publications with us. We simply tried to improve our media relations. We never pressured any journalist. I apologize to all of them if they felt offended by the letter," Ushev concluded.

On Wednesday, the leadership of the special Court made another attempt to tone down the outrage by releasing a second clarification that it had no intentions of censorship. Later, Ushev told Capital weekly that "we must have some mechanism so that titles and headlines reflect what we really want to say." But at the end, he apologized for the mistake and stressed he would not want to read articles before their publication.