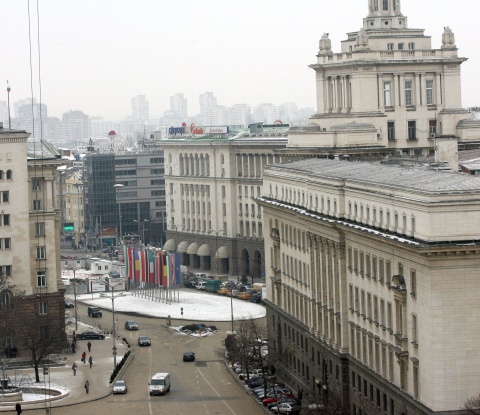 A view over central Sofia. Over the weekend, it will be slightly warmer and the mercury will finally shoot above zero. Photo by Sofia Photo Agency

The severe cold snap that hit hard Bulgaria, pushing the mercury down to record lows, will gradually die out by the end of this week, only to be succeeded by heavy snowfalls, forecasts say.

Conditions will generally remain cloudy and foggy, but winds and temperatures are predicted to ease, returning to their normal levels with highs hovering about the freezing point.

The Black Sea region will remain cold and windy.

Over the weekend, it will be slightly warmer, except for the northwestern regions, and the mercury will finally shoot above zero.

The deadly cold snap, which claimed at least 60 lives in Eastern Europe, began to move west on Wednesday, causing traffic disruptions in Switzerland and Italy.

There were the coldest conditions seen this winter in Eastern and Central Europe, with below-freezing temperatures and heavy snowfall leading to deaths, frostbite and widespread travel disruption.

The cold snap, according to forecasters, is due to an area of high pressure that has extended across Europe from Siberia.