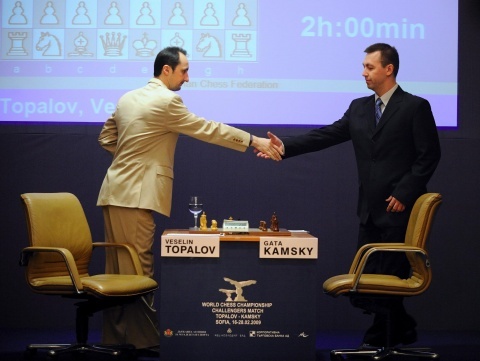 Veselin Topalov beat Gata Kamsky in February 2009 to win the right to face Anand for the world chess title. Photo by EPA/BGNES

Bulgaria has endorsed the town of Panagyurishte to run for host of this year's Candidates Tournament chess clashes, it has been revealed.

London and Baku have already entered the race to host the prestigious event, while New York is expected to join them.

Panagyurishte's candidacy is seen as Topalov's only chance to get back into the title race.

The Candidates Tournament is a chess tournament organized by the world chess federation FIDE since 1950, as the final contest to determine the challenger for the World Chess Championship.