Polar Cold Shuts Down Hundreds of Schools in Bulgaria 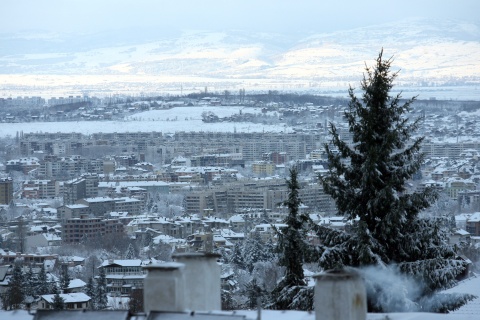 On Tuesday, Bulgaria witnessed one of its coldest mornings ever. Photo by Sofia Photo Agency

More than 450 schools across Bulgaria closed their doors on Tuesday morning as the country was hit by a wave of polar cold.

The blizzards, which hit hard Bulgaria last week, blocking highways and leaving thousands of people without electricity, subsided only to be replaced by extremely low temperatures.

The country witnessed an historic cold snap on Tuesday, recording a wind chill of 29 degrees Celsius below zero in the town of Knezha, Northern Bulgaria.

In the early mornings the mercury plunged on average to 20 degrees Celsius below zero, particularly in western Bulgaria.