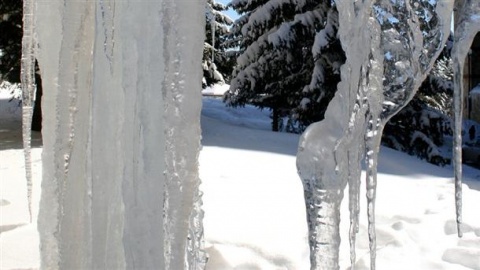 All Bulgarian regions are under code orange Tuesday over extremely low temperatures. Photo by BGNES

The temperatures in Bulgaria fell to record lows Tuesday morning, even lower than Monday.

The mercury went down the most in Knezha, in northwestern Bulgaria, where it registered minus 29 degrees Celsius at 5 am - an absolute all time record. At most locations temperatures were below 20; in Sofia around 5 am the thermometers showed minus 21.

The weather in the country will be extremely cold Tuesday and new record lows are expected over the heavy snow cover and the clear skies.

All Bulgarian regions are under code orange over extremely low temperatures, the National Institute for Meteorology and Hydrology at the Bulgarian Academy of Sciences (BAS) has announced. The eastern regions of Varna, Burgas, and Dobrich are also under warning for strong winds.

Several towns and cities recorded record lows Monday – Chirpan (minus 24, the lowest of all) and Vidin (minus 20); record lows since 1961 were registered in Montana, Oryahovo, Svishtov, Lovech and Veliko Tarnovo

The forecast for the next several days is for the polar cold spell to continue with the extremely dangerous combination of cold, snow, and wind. People are advised to stay home if possible. Those who have to go out should wear layers, gloves, and hats. Drivers should avoid travel, unless there is an emergency.