US Visa Regime on State Secretary Clinton's Agenda in Sofia 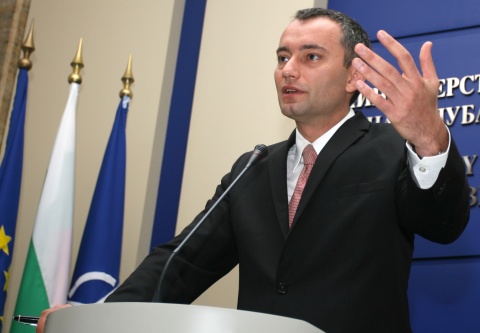 The visit to Bulgaria of US Secretary of State, Hillary Clinton, comes on the invitation of Bulgaria's Foreign Minister Nikolay Mladenov (pictured). Photo by BGNES

The US visa regime for Bulgarian citizens will be on the agenda of the talks of Bulgarian Foreign Affairs Minister, Nikolay Mladenov, with US Secretary of State, Hillary Clinton, during her visit to Bulgaria.

In a TV interview Mladenov informs that the visit, which is scheduled for February 5th, has been planned and prepared for a long time.

Other topics, according to the Minister, include Bulgaria recognizing years of service for Bulgarians, who have worked in the US; strategic partnership between Bulgaria and the US in the security sector, in NATO, and in the NATO mission in Afghanistan, partnership on the Balkans, and the situation in the Middle East.

"I hope that we will have the opportunity to have a serious discussion on the American visa policy towards Bulgaria and some particular agreements on the years of service of Bulgarians who had been employed in the US," Mladenov said.

During her official visit to Bulgaria Clinton will also meet with Prime Minister, Boyko Borisov, and President, Rosen Plevneliev.

Ministers of the cabinet will also be present during the talks.

Hillary Clinton has already been to Bulgaria in her capacity of First Lady, when husband Bill Clinton was US President. The visit to Sofia took place in October 1998, when she participated in the conference "Women of the 21st century."

The visit comes on the invitation of Nikolay Mladenov back in October 2010 during his visit to the US when the Bulgarian government's anti-corruption measures were discussed.