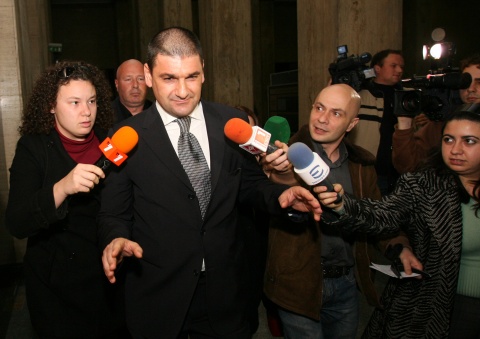 Petar Petrov, aka Amigosa, is going to jail for 3 years for the launding of BGN 99 M. Photo by BGNES

Bulgaria's Supreme Court of Cassation has confirmed a three-year jail sentence of Petar Petrov, aka Amigosa, for money laundering.

Amigosa was originally sentenced back in 2009 to five years in jail and a fine of BGN 25 000 by the Sofia City Court for laundering BGN 99 M, and heading an organized group smuggling cigarettes via Macedonia. However, his sentence was reduced to three years in prison by the Sofia Appellate Court.

Amigosa is known as the assistant of one of Bulgaria's legendary transition period mafia bosses – Ivan Todorov, aka the Doctor, who was shot dead in Sofia in 2006, after surviving several attempts on his life.

Bulgaria's Supreme Administrative Court has confirmed the acquittal of another defendant on the same charges – Tsveta Manavska, who was tried in absentia after fleeing abroad years ago.