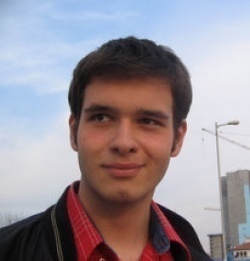 The wife of new Bulgarian President Rosen Plevneliev was notably absent from his inauguration ceremony on Sunday, thus immediately triggering discussions in the media and the society alike.

While many defended her right to appear wherever she wants to (no law obliged her to attend her husband's inauguration), others insisted that she should have been there in order to "support her husband."

"She supports me in the assumption that Bulgarians and Bulgarian media should better keep track of the actions of the President and the politicians, rather than the first lady's apparel," Bulgaria's new head of state pointed out on Wednesday.

I am with the President on this one – not only the "first lady" but all other made-up celebrities ("reality TV" characters, talentless singers, etc.) should be dropped from the media's agenda.

Furthermore. I believe that a modern woman's priorities should not be narrowed down to supporting her husband at official ceremonies – even if her husband has been forced to run for President by a ruling party that could not find an expert minister with a higher approval rating to endorse for a purely political job.

If she attended the inauguration ceremony, the potentially stupid comments about her hair and clothes would have lasted no more than a day. Instead, her "notable" absence resulted in speculations and rumors that she now has to go through.