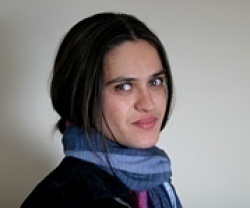 How do you call a speaker, mouthing treacly platitudes seconds before the New Year sets in? Bulgaria's outgoing president.

How do you call a speaker, mouthing trite promises seconds before he swears in? Bulgaria's incoming president.

As Bulgaria's new president, Rosen Plevneliev, took his oath of office Thursday, he made a historic pledge. Though he did not speak like the pope, he promised a real miracle - to improve Bulgaria's dismal living standards. By 2020 that is.

Hopes were high and the mood - euphoric when the ever-smiling Plevneliev set aside a lucrative career as an entrepreneur to join the government, revive the country's moribund infrastructure and prove that here too there are people who do some work to get elected.

One of the most successful entrepreneurs and ministers in Bulgaria, who knows how to turn stress into success, Plevneliev had the right to at least the benefit of the doubt when it came to construction business and highways.

But what about now?

Plevneliev has been called forth into the most public position in his life so far, but it is unclear whether he will be touting his own talents or become a spokesperson for someone else's venture.

It is clear however that on Thursday he spoke like a prime minister does, rather than a president. It is clear that he has been talked into running for president. An imperative invitation, which he apparently accepted reluctantly and against his inclination.

With Plevenliev's triumph in October presidential elections, Prime Minister Boyko Borisov's conservative GERB party rounded out its grip on power, which can be a pretty dangerous thing.

The presidential post is largely ceremonial in Bulgaria, but has some very far-reaching powers, a circumstance that is constantly overlooked. The president has the right to a veto, enjoys the respect of the people and may serve as a corrective - both personally and through consultative councils.

Yet, there is no denying the pros of Thursday's ceremony (apart from saying good-bye to former communist Georgi Parvanov, also known as secret agent Gotse).

Intelligent and soft-spoken, Plevneliev does seem the kind of man right for a job, which entails far too little publicity for the man behind him - the attention-loving Boyko Borisov. He is among the few politicians able to prove how they piled up their wealth and the first to enjoy enviable approval rates in opinion polls long before going into office.

The reshuffle is also a good occasion for the country to reevaluate the behavior of the presidential institution and the stigma of a former communist country that always plays second fiddle, "the little than less" partner.

It is fairly difficult to be unpopular in the office of Bulgaria's president. Yet Plevneliev better bear in mind the fate of another Bulgarian politician, who had promised to bring Bulgaria economic prosperity in 800 days.

At first people believed Simeon Saxe-Coburg was the solution. Then they saw him as part of the problem. The gap between expectations and performance made him a tragic figure. At least in the eyes of those who had believed him.

Now it is up to Rosen Plevneliev to nestle into his office, summon a team, delegate responsibilities, start filling his calendar and show that he has piled some quality experience as a diplomat, not only as a businessman.

If he proves to be an inspiring leader, people will feel empowered. And may even forget the promise for an economic miracle.