Plevneliev Sworn In as President of Bulgaria 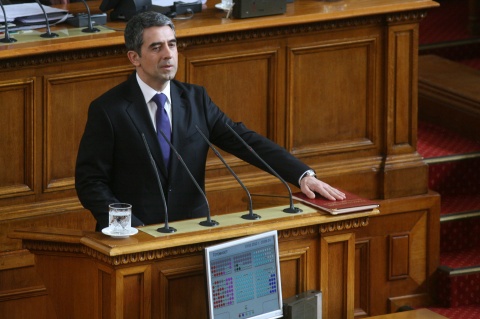 Rosen Plevneliev from the ruling center-right party GERB got sworn in as the President of the Republic of Bulgaria at 10.05 Eastern European Time on Thursday, January 19, 2011.

Plevneliev took his oath of office, and then kissed the cross in the hand of the head of the Bulgarian Orthodox Church, Patriarch Maxim.

After that he signed his oath; his Vice President, Margarita Popova followed suit with her oath of office.