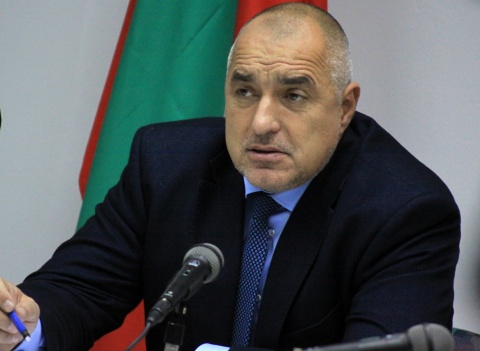 Bulgaria's Prime Minister Boyko Borisov has triggered a heated controversy in internet forums with his insulting remarks to the family of the killed teen girl. Photo by Sofia Photo Agency

Bulgaria's prime minister has scandalously called on the family of a missing girl found dead to apologize to the police despite its apparently slow and controversial actions.

"It is a shame that the relatives of the girl said so many bad things about the police. I hope they will apologize and direct their criticism to some of their closest and dearest, who took part in this crime," Boyko Borisov told reporters on Thursday.

Miroslava Nikolova's dead body was found by the police in the suburbs of the town of Pernik about 11 am on Thursday after two months of what was claimed to be an active search, which involved the information systems of Schengen and Interpol.

Interestingly the main version of the police was that the girl did not like her life in Bulgaria and fled abroad.

Now they have admitted that the teenager was killed by stifling on the very same day of the abduction in the town of Pernik.

According to the prime minister however the family should feel guilty because the abductors knew the victim and aimed to gain money from a relative of hers.

The police actions triggered a controversy, especially in internet forums, after it emerged that one of the two suspects arrested for the murder of the missing teen girl committed suicide as police searched his home in the town of Pernik, near Bulgaria's capital.

After his arrest the man identified as Stoycho, aka Chocho, a close ally of a local businessman, was brought home by the police.

As the police searched the apartment however he got hold of a pistol and shot himself in the head.

It was not immediately clear why the suspect was armed and how the policemen let him kill himself in their presence.

Miroslava Nikolova disappeared on November 7, 2011 and has been missing ever since. On the fatal day the girl went to her regular taekwondo training and never went back home. Friends said she was in good spirits while in the sports hall and there were no signs of the tragedy that unfolded later on.

A week ago Miroslava's sister Eleanora told bTV channel that the two had one telephone conversation. Miroslava managed to tell her sister that she was kidnapped and policemen were involved in the crime. The kidnappers however never called to set their conditions.

Authorities suspected the girl may have been trafficked aboard as a white slave. Some assumed that she may have fallen in love with someone who is part of a scheme for human trafficking and voluntarily fled the country.

Many locals were inclined to believe that the missing girl ran away from home, a speculation her sister has dismissed as "ridiculous".

Miroslava left her home without documents or money.