Investing in Bulgaria: I Am Actually with the Economy Minister on This One 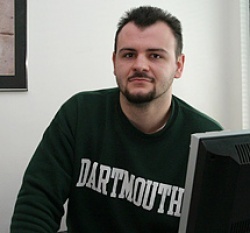 My brief comment today was going to be about Bulgarian Prime Minister Boyko Borisov's insulting treatment of archaeologists digging on the route of the Struma Highway – which might have resulted from Borisov's overexcitement after drawing a 10-year-old chess medalist girl earlier the same day.

But Borisov's behavior in this instance is so obviously outrageous that I decided to go for something positive by joining Bulgaria's economy and investment authorities in recognizing some major business and investment success stories – and I am asking our readers from around the world to join me in that.

"Even the most daring business plans can be realized in Bulgaria." That's what Bulgaria's Economy, Energy, and Tourism Minister Traicho Traikov stated at the ceremony for the 2011 "Investor of the Year" awards of the InvestBulgaria Agency.

It is even more commendable that the awarded projects of EVN, Amer Sports, and Asarel Medet are not in Sofia but in Bulgaria's provinces that are often happily neglected by the central government, which God knows why doesn't feel conscious about that. (The last two are even more worthy because they are in small towns – Chepelare and Panagyurishte.)

Traikov is right – Bulgaria does have the potential to provide the field for success for bold investments. The big problem remains, however, that it needs to get a lot more of those! The awards of these five investors came against the backdrop of the FDI drop, with Bulgaria's final 2011 FDI tally at only EUR 700 M!

So regardless of how much sense the government's explanations for that (payment of intra-company loans, global economic environment) might make, it obvious that the state – and the Bulgarian society for that matter – must boost tenfold their efforts to create a better business environment and to promote Bulgaria internationally! Because large-scale investment success stories obviously can be achieved in Bulgaria!

This article in BULGARIAN