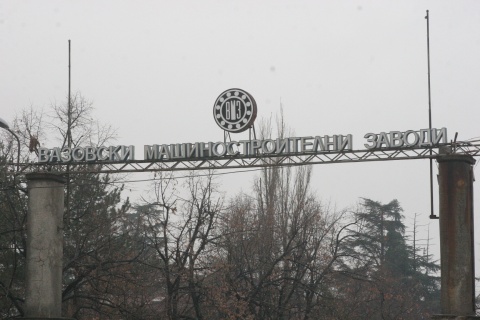 The gate to the VMZ Sopot, Bulgaria's largest military plant. Photo by BGNES

Three workers were injured Tuesday by an explosion at VMZ Sopot, Bulgaria's largest military factory, with the lives of all of them out of danger.

Two of the injured have suffered only minor wounds and are being treated in the local hospital, while a third has been wounded more severely and was transported to a hospital in nearby city of Plovdiv.

The explosion was not occasioned by munitions, but rather occured during a routine production process due to a malfunctioning of the equipment.

Ivan Stoenchev, director of VMZ Sopot, has confirmed that investigations are underway for the incident, which he described as not being abnormal.

He also said that the most gravely injured worker's life is completely out of threat, but that he needs to have removed particles that penetrated his skin due to the explosion.

The buyer will be required to invest in developing the factory, as well to take up its debts. You can read more about the privatization procedure HERE.