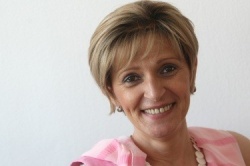 Teodora openly faced up to the fear and stigma of the disease, turned it into her mission, raised a voice that echoed everywhere, inspired people and made them braver. A woman of strength and dignity, who did not hide behind somebody's back but fought for her cause herself.

After years of lumbering reforms in Bulgaria's health care system, cancer patients and their families feel abandoned in their struggle to come to terms with the illness, both in terms of treatment and emotional support.

Encouragement and self-confidence that the disease has not shattered their lives completely. Practical help and cooperation when they faced a shortage of life-saving medicines. Assurance that even in Bulgaria, there is life after cancer. This is what cancer patients received from Teodora.

But most precious of all was the personal example that she set. Relentless in her battle with cancer for more than ten years, Teodora was also the first to win a trial in court against Bulgaria's Health Ministry for interrupting her treatment due to lack of medication, after which her condition deteriorated.

Though an unprecedented triumph of justice, her victory posed a number of troubling questions. Should all cancer sufferers turn to court? Is it ethical to force these people to wage two battles – one with cancer and another with the administration? Isn't it a shame that we have left it up to the most vulnerable – the weak and terminally ill – to fight for our civil rights?

Teodora won the battle against the state, but lost the war - against the disease. I pray that others will take over the torch that she carried. The whole society, not just cancer sufferers, needs more people like her more than ever.

May she rest in peace!