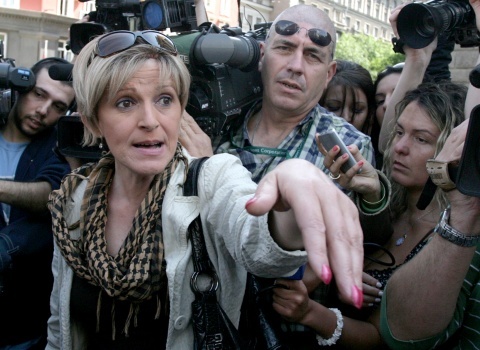 For over 10 years, Teodora Zaharieva was active not only in the battle with her cancer, but with the apathy of institutions and for protection of patients' rights. Photo by BGNES

The news was reported by a number of Bulgarian media, citing Dr. Stoycho Katsarov, with whom she worked for many years in the NGO sector.

For over 10 years, Zaharieva was active not only in the battle with her cancer, but with the apathy of institutions and for protection of patients' rights.

In 2004, she was the first one to stand in protest in front of the building of the Health Ministry, and took off the wig she was wearing over harsh and painfull chemo.

In 2007, after a trial that protracted over 3 years, Zaharieva managed to win a claim of BGN 100,000 against the Ministry of Health for having failed to provide her with the needed treatment. She used the funds from the case to invest in a patient organization to protect not only those suffering from cancer, but all ill people in the country.

In 2009, the activist was bestowed by the Bulgarian Helsinki Committee with the title Human of the Year. In 2010, she was given the Civil Courage Award of the Panitza Foundation.