What Will 2012 Be Like for Bulgaria? (by Novinite.com & Novinite.bg) 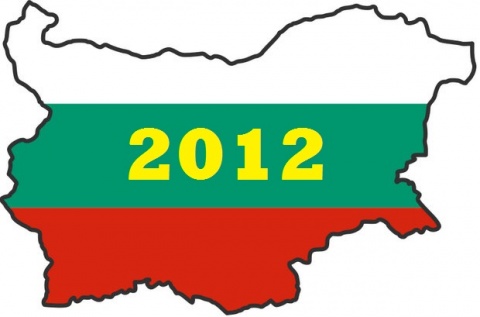 As 2012 has kicked off, the journalists of Novinite.com (Sofia News Agency) and Novinite.bg are offering you their takes on a crucial question... Bulgaria in 2012? I see it as a new chance, not an apocalypse. This year will probably be a pretty bad one for Bulgaria, but it does not have to be. Truth is we, Bulgarians, are stubborn and it takes a really heavy blow, like the tough times we are going through, to learn the most important lesson – that we are all connected. This year those in power have the chance – the last one - to show they deserve to stay in office. This year we, all so-called ordinary Bulgarians, have the chance to revive the virtues we have buried deep down inside - empathy, love, honesty, industriousness and precision. For both, it will be a matter of life and death. Quite literally. 2012 bodes little hope for a drastic change of direction in Bulgaria's social, political and economic life, as the very end of the elapsed year presented us with many events signaling what's to come. Bulgaria's European policy, at a time the EU is to effect a deep transformation, is bound to remain inconsistent and lacking in understanding; domestic political life is likely to be trapped in a vicious circle of fake achievements, ineffective criticisms and little sensitivity to the very possibility for a dignified life for Bulgarians. The country will rely on staying poor and underdeveloped, but financially disciplined. Only the slowly growing civic awareness might boost hopes for the future. 2012 will be another difficult year for the economy with shrunk investments and consumption, while the high unemployment rate will persist. But I expect a better year than 2011, some business recovery – a light in the tunnel. There wouldn't be much progress in countering corruption and small crime. Buts as the person on the team, who has lived the longest and has direct experience of socialism, and as the person, who spent the longest time in the US, I dare say that for democracy in Bulgaria every new year is better than the previous one. Nevertheless, I have always been and remain a strong critic of Bulgarian politicians. For 20 years, Bulgaria has gone far ahead in freedom and democracy, considering the starting position. We cannot compare our democracy with the American one – they were established by different people, and we all know what individuals emerged here, during the transition. But a young generation is coming, the one of my colleagues - honest, smart, educated, unburdened by Communism, Socialism, briefcases stashed with money and Communist State Security. So there is room for optimism. And let's not forget that not everything depends on politicians, much depends on us. Bulgaria's future is much too dependent on the developments in its "large European family"- the EU and the euro zone. Despite the mild economic growth in 2011 and the low public debt and budget deficit, forecasts cannot be optimistic if the situation in Europe grows worse. In 2012, Bulgaria may actually see progress on crucial infrastructure projects. The fate of the Belene nuclear power plant will likely be decided, unless Sofia gives it up the way it did with the Burgas-Alexandroupolis oil pipeline. Unemployment will retain its current level, and people's discontent will grow. There will likely be new social protests – mainly focusing on shale gas and rising fuel prices. 2012 will not go without embarrassing quotes by Bulgarian Prime Minister Boyko Borisov, whose "wittiness" is growing stronger. He will be joined by many of his government ministers – who often make perplexing statements. We are least left hoping the Maya calendar boding for the end of the world will not come true. 2012 will probably be better for Bulgaria in comparison with the past couple of years... On the one hand the moderately optimistic forecasts of the IMF, World Bank, the international credit rating agencies, the EBRD, UniCredit about the Bulgarian economy and its macroeconomic stability are somewhat soothing. On the other, however, against the backdrop of the economic crisis, which is supposedly going away, destitution in Bulgaria remains constant. So Bulgarians shouldn't miss the fact that many of them hardly felt the crisis simply because we are used to it. As the joke goes, "The Economic Crisis wandered around the entire world. Then it came to Bulgaria, and exclaimed blissfully, "Home, sweet home!" So regardless of the mild optimism the Crisis will probably continue to feel at home in Bulgaria throughout 2012. While other countries will be struggling not to drown in the whirlpool that is the financial crisis, Bulgaria will be probably sinking in its habitual manner. A change in the country's course is necessary if it intends to emerge on the surface. Sadly, no such change seems possible in 2012 – neither economic-wise, nor spiritually. 2012 will be the year of Olympic games. This is definitely something to look forward to, because Bulgarians, who are currently stuck between half-done reforms of the judiciary, the healthcare and pension systems and the economic crisis, may get some fresh reasons to hold their heads up and look proud.  Bulgarians have grown distrustful of everything and for good reasons. If they see it, they might believe it that practice and hard work bring success. 2012 is starting with Boyko Borisov and the oligarchy circles behind him finally grabbing all political power in Bulgaria – with the inauguration of Rosen Plevneliev as President. However, a collapse of the GERB government cannot be ruled out altogether – precisely because its becoming omnipotent could unite everybody against it. Thus, 2012 could well produce a new "holy savior" of Bulgaria. Economically, 2012 is likely to be marginally better than 2011. But while macroeconomic stability is a nice thing, the government's favoritism of certain firms over others is not, and won't help improve competitiveness. A modest improvement of EU funds absorption is on the way but Bulgaria will hardly get much foreign investment, or at least some large-scale energy or transit project. Judging by its record, the geopolitically disoriented government of Borisov will shy away from tackling the extremely severe problems for the Bulgarian nation. Bulgaria is running out of people, and education, health care, and "justice reform" are in a free fall. Issues such as ethnic tensions and shale gas exploration have the potential to topple the Cabinet.