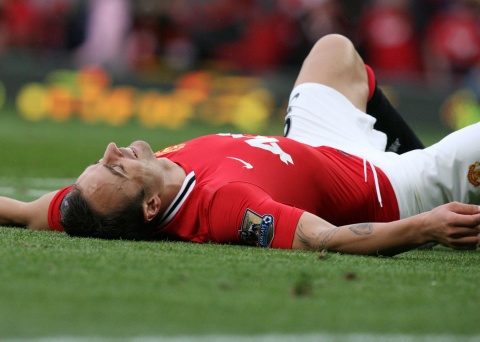 On their Manager Sir Alex Ferguson's 70th birthday, United were ultimately humiliated 2:3 by Rovers, with Berbatov's violation also getting Blackburn a penalty kick.

Yakubu gave Rovers the lead from the spot after Dimitar Berbatov had pulled down defender Chris Samba, the BBC reported.

The Nigerian made it 2-0 when he made the most of slack defending to thrash in, before Berbatov brought United back into the match with a header and shot.

But Grant Hanley spoilt the day for Ferguson when he nodded in the winner.

The win, which bookies had at 28-1 prior to the match, moves Rovers from bottom to third from bottom, and only two points shy of 17th.

Manchester United's defeat by the Premier League's bottom club was their second in 2011, having also lost to Wolves in February

There will not be calls for Ferguson to resign after this loss, but fans and the Scot will be deeply disappointed with United's display, after they missed out on the chance to leapfrog bitter rivals and league leaders Manchester City - and be top of the Premier League going in 2012.

60 seconds from the restart, United pulled a goal back when Berbatov headed in after Rafael's attempted shot drifted into his path.

And the Bulgarian equalized soon after with his sixth in three games - a shot swept in from 10 yards, following brilliant work from Antonio Valencia down the right.