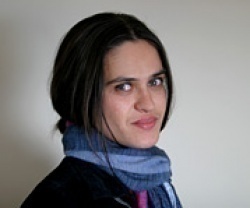 The bloody events in the southern village of Katunitsa, which escalated into outbreaks of racism, was the most important event in Bulgaria in 2011. At least in my personal ranking.

Ten years of smoldering tensions between an affluent self-proclaimed Roma "tsar" and the residents, turned at the end of September into riots, cutting short the lives of two young Bulgarians. Their murder stirred sheer outrage in social networks and a wave of rallies across the country only to be taken over by nationalists, chanting racist abuse.

Katunitsa turned into a symbol of the consequences of an inefficient judicial system and rule of law deficit. A symbol of the power of the ordinary people and the quest for justice, which however degenerates all too quickly into ethnic hatred.

This was the first and only time this year that the uprising came spontaneously from the bottom levels of society, which generate the most important news anywhere round the world, but in Bulgaria rarely make their voices heard.

The local conflict perfectly illustrated what is happening in Bulgaria on a national level – corruption, perversions of justice and politicians eager to spearhead hate campaigns.

Kiril Rashkov, who piled up his huge wealth thanks to unscrupulous trade in bootleg alcohol and votes, is both a Roma man and a mafia boss rolled into one.

A man who has been the darling of all those in power – none of the complaints or investigations against him has ended up in court.

A man whom those in power need – they rely upon him to secure the votes of the Roma minority, who tip the balance in any elections in Bulgaria.

A clan chief, one of those who struck it rich after the collapse of Communism, lives in luxury, drives gleaming cars and has replaced his ramshackle house, made of poorly "cemented" bricks of clay and straw, with a true royal palace.

It was this palace that the rioters torched, creating a powerful symbol of what happens when there is no rule of law – people just take the law into their own hands.

Too bad at the end a handful of nationalists and drunk football fans came to represent the whole Bulgarian nation. At least in the eyes of foreign journalists.