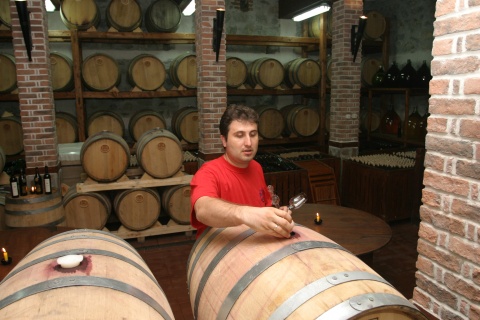 The Bulgarian government hopes the new rules will give an advantage to legal producers and protect the health of consumers. Photo by Sofia Photo Agency

The executive vine and wine agency, which is part of the Agriculture Ministry, will be required to make public the names of legal alcohol producers on its website.

They in turn will be obliged to describe the content of the alcoholic drinks and and the technological process for its production in special logs.

The new regulations stipulate that wine should be made of grapes only and fix the minimum alcohol content – for the traditional alcoholic drink rakia it has been set at 37,5%.

The ethyl alcohol used in alcoholic drinks must be obtained solely by fermentation of agricultural products, under the new rules.

The number of methyl alcohol poisoning cases has been on the increase in Bulgaria over recent years after illegal producers started using methylated spirit, meant for spirit burners and camping stoves.

Methanol, a toxic industrial alcohol, is often used to make stronger cheap, homemade brew. It can cause blindness or death.

For Bulgarians drinking the locally produced alcoholic drink rakia has turned into nothing short of a cultural activity.

A shopska salad with a glass of rakia has long been the epitome of Bulgarian hospitality, while its touted role of a flawless trouble-shooter - a standing joke among Bulgarians themselves.

The popular local drink, made of well fermented, stewed grapes or plums and sold in glass narrow-necked bottles, is most loved when produced in the micro distilleries of small villages.

In Bulgaria the liquor, taken as some to be a digestive, is taken before the meal, which to many foreigners is one of the first culture shocks they face here.

Many Bulgarians have become almost professionals in the art of drinking, turning it into one of the more notable traits of the nation – they are generally capable of gulping down amazing quantities of hard liquor before tumbling into unconsciousness.

Besides, home-brewed rakia comes out much less demanding on the wallet than a visit to the theater or cinema. It is small wonder than scenes of teens hitting the bottle, suffering binge misadventures on holidays or overindulging on weekend nights are quite common.

Even today foreigners who visit the country are swooned by the low drink prices and often surpass their usual quota.